James Gunn’s ‘The Suicide Squad’ Review: Should You Watch It or Skip It?

The Suicide Squad is R rated Gunn squad-based story that is about Amanda Waller, who is there to act as a cohesive force in forming the new squad that will be going on to retrieve Starfish Project files from Jötunheim scientific facility. The fans have really loved the film so far, and it was finally released globally on August 5, 2021. So today, in this article, we will give you a review of the film whether you should watch it or skip it? So without further ado, let us discuss James Gunn’s new film, The Suicide Squad.

The Suicide Squad Review- Should You Watch it or Skip It?

The Suicide Squad will remind you of any other comic plus action-based R-rated films like Deadpool and Birds of Prey.  As per our review, we fully enjoyed the film, and whoever is reading this article, we would recommend you that The Suicide Squad by James Gunn is one must-watch movie of this year as the film is filled full of fun, humor, and entertainment, and you won’t regret watching it.

The character of Harley Quinn is always damn interesting; besides that, the Elba as Bloodsport, John Cena as Peacemaker was great too.

The film contains one of the most action-packed sequences of all time, like the killing mess created by Harley, the fight sequence between Peacemaker and Rick, Retrieval of Rick from the rebel gang. All of the mentioned scenes were beautifully choreographed and with an inch-perfect action sequence.

But, there are dozens of things about the film that you would love to recall like Bloodsport- We’re all gonna die; Oh, for f—‘s sake. King Shark’s cute English Words like NOM NOM before killing enemies.

Apart from this, how can you forget Gunn’s part in the film; he actually brings life and essence to the film. His exploration into the battles with the heaps of visual rambunctiousness and the last but not least, the taking on the giant starfish eyeball monster from the space is remarkable.

Also, the great comic timing between Bloodsport and the Peacemaker also brings great humor out to The Suicide Squad.

At one point in time where Harley Quinn allows herself to be swept off her feet by a princely fellow, this scene seems quite long, but still, it won’t bother you much because the build of the story prior to it would force you to continue further.

The Suicide Squad Plot: What Was It About?

The Suicide Squad stars in a South American Island nation of Corto Maltese, where the Task Force X team-1 and team-2 were commanded to infiltrate a facility known as the Jötunheim scientific facility.

And the other team the Taskforce 2, consisted of Bloodsport, a kind of Inspector Gadget of lethal weaponry, and Peacemaker, a mega patriot, having a good hand with weapons, is in the race to kill all kinds of people of America in the name of liberty and freedom, King Shark (voiced by Silvester Stallon), Polka Dot Man, and Ratcatcher.

The group’s prime objective is to infiltrate Jötunheim scientific facility with the help of The Thinker.

The Jötunheim scientific facility was home to a project called Project Starfish, and Gaius Grieves/The Thinker was working on the project for more than 30 years.

The name The Suicide Squad looks quite resonating with the film’s plot because most of the characters in Task Force 1 get killed when they landed on the Corto Maltese except Harley Quinn, Rick Flag, and Weasel(revealed at the ending scenes that Weasel is alive).

It is revealed that the Task Force 1 team was to create one diversion; the second group led by Robert DuBois or Bloodsport (Idris Elba) was on the main mission. They were tasked to infiltrate and destroy all the files related to project starfish on the Jötunheim scientific facility.

After retrieving Flag then they rescued Harley, which was another funny plot in the film. After that, they captured Dr. Gaius Grieves or The Thinker. And with his help, they infiltrated the facility.

The Suicide Squad Ending Explained: How Did the Squad Defeat Starro?

After infiltrating the Jötunheim scientific facility, We witness the truth behind the project. It was revealed that the U.S government initially funded the Jötunheim facility.

The U.S. astronauts who originally discovered Starro in Space at that time were the size of a Kite. Later on, they bought it back to the Earth and sent it to the facility to experiment on it.

The program was called Project Starfish, and it was Dr. Gaius Grieves or The Thinker who was in charge of the project at that time.

Starro, having been imprisoned for decades, breaks free due to the unplanned explosion and first kills The Thinker and then starts rampaging across the city.

Corto Maltesian dictator General Suarez was horrified to see the creature for the first time. Starro soon killed the general and his whole army and then makes them star-crossed zombies and starts rampaging the city.

Back in the palace, the fellow generals were gunned down by the rebel group, who now took charge of the city.

Then Bloodsport, along with Harley, Ratcatcher, Polka Dot Man, and The King Shark, fights off Starro, and due to the power of Ratcatcher’s Rat control abilities, she summons all the rats of the city. The rats then charge towards Starro’s body to kill the creature.

On the other hand, Harley uses the javelin to pierce Satrro’s eyes and directs the rats towards the brain of Starro so that they can destroy it.

Harley also enjoys the scenic beauty of being in the brain of a giant alien watching horde of rats destroying it.

We saw in the flash Ratcatcher’s father stating rats are the despised creatures, but they also have a purpose, so we should have too.

So the film conveyed the message that The Suicide Squad is also the same; the society also rejected them, but they now have a purpose of saving the world, and with the newfound purpose, they have a new goal, and they should follow that as well.

There are also other aspects of the stories which we didn’t discuss in this article, like the fight between Rick Flag and Peacemaker, what happened to Peacemaker after Bloodsport shot him, and the weasel is alive? Well for that we have a separate article you can check the details from there.

Soon, we would be seeing a Peacemaker TV series with film’s director James Gunn and star John Cena who are trying to bring a series of this film on HBO Max in 2022. The TV series seems to return with the survivors of Task Force X on their next mission. 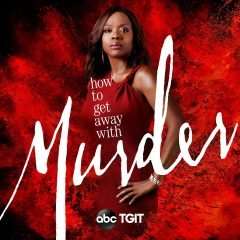 How To Get Away With Murder Season 7: Renewed or Cancelled?