Intel Xe-HPG is just stepping up the game with fast clock speeds for the frequency of 2.2 GHz. This new graphics card will focus mainly on gaming and has been spotted in one of the leaked benchmarks. Hence, we have been able to gather some further light on the kind of specifications we can expect from this gaming beast graphics card.

Geekbench has listed the new Intel Xe-HPG graphics card as an entry-level discrete GPU for the desktops. There are 128 EUs (Execution Units) in the GPU. This is far better as compared to the previous Intel Xe-LP GPUs, which used to provide 96 Execution Units.

The 2.2 GHz frequency provides a faster clock speed with a similar chip. This helped us find out that it would be used for a desktop model rather than for laptops. The GPU was put to tests on a desktop PC which was equipped with an Intel Core i5 11400T processor chipset. The memory specifications included a 16 GB of DDR4 2133 RAM, which was fit on as ASUS B560M Plus Motherboard.

On pen and paper, the Intel Xe-HPG has 128 Execution Units along with 1,024 cores. There is also 4 GB of VRAM capacity, which has been fixed to a clock frequency of 2.2 GHz. But we saw that Wccftech highlighted the Geekbench score, and over there, it points to the fact that it is set to a clock frequency of 1.9 GHz. It seems that Intel is slowly trying to push up the clock speeds and progress in a good way.

Several rumors mentioned that this flagship graphics card would surely be able to run at the clock speed of 2.2 GHz. So Intel is definitely trying to live up to this rumor that was spread earlier and is working its best to make it happen.

However, if we go on to look at the original scores that have come up, then the graphics card has managed to receive an OpenCL score of 13,710 points. This is roughly almost the same as compared to the Radeon RX 550. Although this might sound a bit disappointing, nothing can be expected at this point in time since it is in its earlier days.

The GPU is currently in its earlier stages, and hence there is a lot of work left on Intel’s part. The entire work will be done on the software part, which seems to be the reason for such a wonky score. So people should not come to any sort of conclusions based on the scores that have been put up recently.

We are sure that the clock speed of the Intel Xe-HPG will go up as the launch date of this graphics card comes near. Intel has a lot of time till the end of 2021. There are several rumors which state that this particular GPU will launch next year during the CES event in January 2022.

Intel will have to work a lot on the hardware as well as on the software. They cannot take any chances and leave a bad impression, which will do a lot of damage in the market. The market is dominated by the graphics cards from Nvidia and AMD, so it will not be an easy task for Intel to make a good mark with its graphics cards in the present times. However, with their capability, they can surely do it if given proper care. 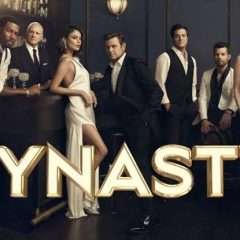 Dynasty Season 5 – Everything you need to know