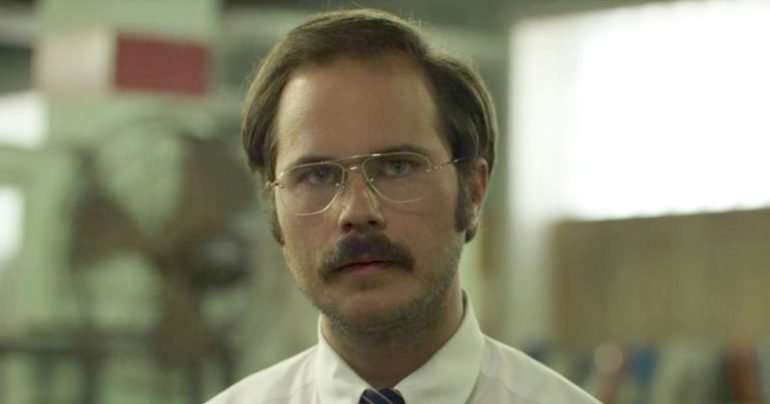 Will BTK Killer’s Story Be Followed on Mindhunter Season 3 If It Gets Renewed?

Will Mindhunter Season 3 tell us the entire story of BTK Killer? The show hasn’t been renewed for a third season yet, but with cliffhangers at the end of Season 2, I’m sure fans are wondering if BTK Killer’s story will follow.

BTK (bind, torture, kill) killer Dennis Rader was an American serial killer who killed ten people in Sedgwick County from 1974-1991. He would send letters describing what he did to his victims’ parents, which were often signed “Bind them – Torture them – Kill Them,” hence the name BTK.

In 2005 after years of being active as BTK, Rader was caught by police and confessed everything.

Now, Will, his story be followed upon on the next season of Mindhunter? Read the article until the end to know the details on one of the famous characters of the Netflix crime thriller Mindhunter, whose story was teased on both the seasons of Mindhunter but not shown fully shown.

Who was BTK Killer, and Who Played his Role in the Mindhunter Series?

Apart from Mindhunter Sonny Valicenti is famous for his acting in various other movies and tv shows such as Steven Speilberg’s ‘The Post,’ ‘Christmas Party,’ ‘One Mississippi,’ ‘Lady Dynamite,’ and ‘You’re the Worst.

He was cast in Mindhunter in 2017, and we all are aware of what an impressive performance he had given in the series.

In real life, Dennis Rader, aka BTK Killer, the short abbreviation of “bind, torture, kill.” was just a regular guy.

He was born in 1945; he spent most of his early childhood in the Witchita Kannas area. Later on, in 1971, he married a woman named Paula 1971, and the couple after that lived together in Park City of Witchita.

Whoever had watched Netflix’s crime thriller “Mindhunter” will remember the BTK Killer plotline for sure; from season 1 till season 2, we have seen that the BTK Killer plot was teased multiple times, but it was never followed in detail.

Season 2 of Mindhunter was mainly based on the Atlanta Cases, so the Dennis Rader story wasn’t entirely in that particular season.

Dennis was a laid-back, introverted guy who never had a troubled childhood, unlike the other serial killer of the series.

As showcased in the series, he lived his early life by working in ADT Securities and was married to his wife, and it was in his mid-20s he started experiencing inner turmoil; it was evident from season 2 of Mindhunter that he was undergoing changes and having evil thoughts, which eventually made him the BTK killer.

Even his wife wasn’t aware of what he was going through in the series; there was one particular scene where his wife was scared when he saw Dennis with the below mask on his face.

As per the real-life case of BTK, he used to study detective magazines to know about the serial killing methods and learned what he needs to do to not getting caught.

So then, how was BTK Killer Caught? and Will His story be followed in the Mindhunter Season 3 if it ever gets a renewal?

BTK killer was the abbreviation of “bind, torture, kill.”. The Mindhunter series season 2 had teased the timeline of the BTK killer, but it didn’t pursue the story.

BTK killer was responsible for 10 killings all total. After his first crime nearly shook the whole Kansas community. Even the Police couldn’t find any solid evidence that directs to Dennis Rader.

Later on, three years later, he chose his second victim, and this time he involved media. He sent letters to media houses stating what crimes he had committed.

He openly challenged the Police and the FBI that if they cannot find him, he will continue his criminal activities, and every person in the Kansas community will suffer.

Even the Police weren’t able to find evidence against him this time.

Later on, he continued to commit the crimes and taunt police and media houses. After that, a time came where he stopped all these activities, and the cases went cold.

It was then in 2004 when BTK started communicating with the press and Police once again. He used to send pictures of his crimes and mock the police and media houses.

In early 2005, Dennis had mistakenly sent a floppy disk to the Police, where through the Disk metadata, Police had found the name Dennis, and after matching his records and DNA on the crime scenes, he got their match. He was caught was imprisoned for life.

Suppose if Netflix’s Mindhunter Series ever gets renewed for a third season.

In that case, it will showcase the story on BTK killer for sure, as in the past two seasons of Mindhunter, his story was teased almost in every episode of Mindhunter Season 2 but was never followed thoroughly.

Where Can I Watch the Mindhunter Season 1 and Season 2?

The previous 2 seasons of Mindhunter are exclusively available on Netflix. Directed by David Fincher, it is one of the best Netflix crime thrillers of all time, having a good rating both from the audiences and the critics.

The show mainly follows the story of two detectives, Special Agent Holden Ford and Special Agent Bill Tench, who, along with Psychologist Wendy Carr conducts interviews on the serial killers to understand their thought process while committing any crime and later on, they use this research to help the police and other investigation units to catch similar criminals.

Back in 2020, it was announced that due to David Fincher’s busy schedule, the Mind Hunter Season 3 was put on indefinite hold, but it will be expected to happen in the future. We have a dedicated article on this. Please for through that to know all the details regarding Mind Hunter Season 3.