Intel Alder Lake, the 12th Gen CPUs from Intel, will be launching very soon. HP Pavilion Aero 13 might be the first device to come equipped with this latest CPU processor. The PCs which are running the Windows 11 operating system will get a comprehensive and new processor architecture from Intel. This processor looks a lot like the Apple M1 processor combined with the superior performance that it promises and the high scores.

One of the latest leaks has mentioned that the Intel Alder Lake has 14 threads and 20 cores. It also has a 945 MHz base clock frequency, a turbo frequency of 4,253 MHz, and an L3 cache of a capacity of 24 MB. In the category of single-core, the processor has 1,258, and in the category of multi-core, the processor has scored 6,831. Geekbench has put up these scores from their tests.

Although the scores that Geekbench has brought for us might not be that impressive, we feel that immature drivers, clock speeds, and several other factors could be responsible for this low score.

The CPU will reach its maximum point at 16 cores (a combination of 8 + 8) and 24 threads. The reports also mention that the high rate of performances gets Hyper Thread, a total number of threads being 16, and the cores that are energy efficient are all single thread, which is 8 in number. The upshot will definitely be a significant upgrade in performance and will provide better battery life for the laptops.

PC Gamer has put down certain specifications that we can expect from the Intel Alder Lake CPUs.

New specifications were brought in by the processor for the Windows 11 PCs.

The complete shift to Windows 11 will happen almost at the same time at which Intel shifts towards its new 12th Generation processors, which is the Intel Alder lake CPUs. So if someone orders the new HP Spectre x360 or the Dell XPS 13 during this holiday season, then they should not expect these devices to come with the usual specifications.

This brings us with another good news that we will see a high performance which comes along with extended battery life of the device from now onwards. If this functions properly, then we might just get the feel and performance of a MacBook Air or the MacBook Pro. We feel that the holiday season meant for this year will bring us a few devices that will be very compelling. The devices will be packed with a wonderful processor that steps up the game of the performance, and at the same time, we will also get an extended battery life 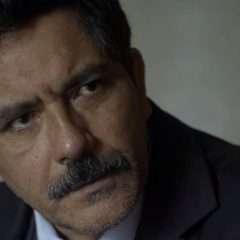