Tokyo Revengers Episode 16 is about to release soon. This fantasy action TV anime, having a touch of romance as well, has been developed by Liden Films. Ken Wakui has written and illustrated the manga series on which Tokyo Revengers is based. Tokyo Revengers follows the story of an ordinary person Takemichi Hanagaki, who is in his twenties and is a corporate worker.

His life takes a U-turn after being pushed in front of a running train. That is not the end of him, and after the accident, he finds that he has gained the ability to transport his adult consciousness to his middle school days. He decides to use this ability to save his middle school girlfriend, Hinata Tachibana, who was later to become a victim of a gang war. He wishes to change the circumstances in which Hinata had died. For this, he, too, has to get involved in the gang’s activities.

Release Date of Tokyo Revengers Episode 16 and Where Can You Watch It?

Kouichi Hatsumi is the primary director, and Yasuyuki Mutoi s the primary scriptwriter of the series. Kenichi Oonuki and Keiko Oota have designed the characters of the series, while Hiroaki Tsutsumi has created the music. The show’s opening theme, “Cry Baby,” has been sung by the pop group, Official HiGE DANdism, while the current ending theme, “Tokyo Wonder,” has been done by Nakimushi.

What To Expect From Tokyo Revengers Episode 16?

In Tokyo Revengers Episode 15, Yamagishi tells Takemichi about the history of both Toman and Valhalla gangs. Yamagishi, who has deep knowledge of the gangs, informs Takemichi that the person who established Valhalla is a mystery to date, which is why the founder is also known as the Headless Angel. Hanma is now the second-in-command at Valhalla. He had joined Valhalla after Toman defeated Mobius.

Takemichi later asks Baji how he could join Valhalla, as Baji was one of the founding members of Toman. As an answer, Baji points towards Kazutora and says that Kazutora was also a founding member of Toman. In Tokyo Revengers Episode 16, viewers might get to see the actual reason behind Kazutora leaving Toman and joining Valhalla. The real reason might date back to the time when Kazutora was in jail. Stay connected with MediaScrolls for more updates on Tokyo Revengers Episode 16 and other anime shows. 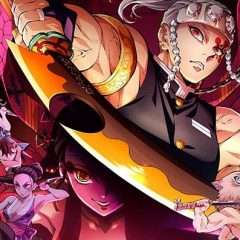 How Strong is the Sound Hashira Tengen Uzui in Demon Slayer? What Happens to Him in Entertainment District Arc?