GDC 2021 also known as the Game Developers Conference (GDC), has been launched today by Informa Tech. This year will mark the 35th edition of the event, and it is the event that has run for the longest period of time. The event totally focuses on all the professionals who have great dedication to the art and science of game making. This year’s event will be the most accessible as compared to all the other GDC events that have happened previously.

Informa Tech will be utilizing the virtual platform and make the event reach many people. This virtual conference will be combined with live sessions, podcasts, Q&A sessions and will feature some top names who are a part of the video game development industry.

As the GDC 2021 has launched today; and it is running as a virtual event. Announcements have been made about GDC 2022, and we have assured that it will be a physical event next year unless the pandemic situation worsens. In 2022, the event will happen in the Moscone Center, which is there in San Francisco. The probable date of next year’s event is from the 21st of March to the 25th of March.

GDC 2021 has featured some expert talks today. These talks cover several tracks and topics related to the development of games, business, and the marketing part of games, designing games, and making the narrative of the games. There were several talks and mentions about the opportunities in the career of game development and several other things.

The event will also host the 21st version of the Game Developers Choice Awards, which is the leader in making peer-based video games. This event celebrates the top games and their developers of the industry. Then there was the Independent Games Festival Awards (23rd Edition) event, which rewarded the most promising projects and developers from the world of video games that have been developed independently.

These two award events will be happening on the 21st of July from 4:20 PM. There will also be special honor of the Pioneer Award presented to Tom Fulp. Tom Fulp is the creator of Newgrounds. Laralyn McWilliams will be presented with the Lifetime Achievement Award. She is being given this award because of her influence as a successful game designer for the past 28 years.

A few details about GDC 2021, and the event in general

GDC is the world’s largest event belonging to the professional game industry. There is a lot of content in this event, especially for the producers, artists, game designers, business decision-makers, audio professionals, and several others involved in this field of development of games that provide an immersive and interactive experience.

GDC 2021 will bring the entire gaming development community together through the list of events and via digital media. This will include GDC Vault, GDC Masterclass, Gamasutra, Independent Games Festival, Game Career Guide, Game Developers Choice Awards, and the Summit.

Informa PLC is the organizer of GDC 2021. It is a leading B2B group dealing with information services. It is also the largest B2B event organizer globally. 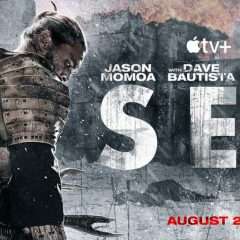