The entire will focus on Claire Redfield and Leon S. Kennedy. The characters will try their best to prevent an imminent fight between the US and China immediately after a zombie attack that had taken place in the White House. If you are a big fan of the series and you are wondering when Resident Evil: Infinite Darkness Season 2 will release, then continue reading this article. We have discussed everything in detail.

The first season of the show had released on the 8th of July 2021 on Netflix. This season has four episodes, and each episode runs for a time period of 25 minutes to 28 minutes. TMS Entertainment has brought in this series by associating with Quebico.

There are no announcements that have been made regarding the second season. However, we know that whenever Netflix produces its own original series, there are multiple seasons from the past records. Netflix has a long connection with the Resident Evil franchise. It has been involved in making both animated and live-action movies for people all around the world. There is also news that a live-action web series of Resident Evil is in the making by Netflix.

We have seen previous animated shows that were built on video games. These include Castlevania and Dota: Dragon’s Blood, and the shows that have been built on them have run for several seasons on Netflix. If Resident Evil: Infinite Darkness somehow manages to bring in the same amount of success as the previous shows, then we sure to see Resident Evil: Infinite Darkness Season 2 and many upcoming seasons of the show.

The Resident Evil lore is very rich and vast. The second season can focus on the timeline that is ever-expanding and then make an original story. There is also a possibility of adopting one of the several books of the franchise. Resident Evil: Infinite Darkness Season 2 might surely release in 2022.

What Can the Plot of the Second Season be About?

They try looking and locating the facility of the soldiers. Jason finally comes up and then transforms into a mutant and bites Wilson. This makes the facility enter into a self-destructive mood. A kind of acid falls on all the chambers where these infected soldiers were kept. Jason had also fallen into the acid and died. Leon tried to prevent Jason from entering that area, but unfortunately, he was not saved.

We might get to see the same cast in Resident Evil: Infinite Darkness Season 2. We will find Leon choosing between doing what is right and what is actually his duty. Leon and Claire were seen to move ahead in different ways on bad terms. 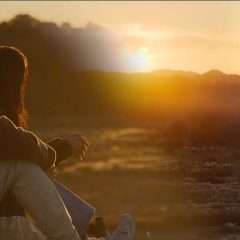