Marvel’s Black Widow was released on Friday, July 9, 2031, in theatres, as well as on Disney+. The Hollywood action thriller movie Black Widow finally throws light on the mysterious and tragic past of Natasha Romanoff, a trained Russian assassin played by Scarlett Johansson. This was long overdue, and the only woman of the original Avengers team finally got a movie solely dedicated to her life story.

Though the plot of Black Widow is established sometime between Captain America: Civil War and Avengers: Infinity War, it has also been self-contained for the viewers who have not been keeping up with this phenomenal series of blockbuster Marvel movies.

Set between the time when the Avengers team was forced to split up and later when it reunited, the viewers get a glimpse of Natasha’s dysfunctional family, as well as her tormented childhood, as she was forced as a pre-teenager, to train as a Black Widow.

What Was The Plot of Black Widow?

The film opens in an Ohio town of 1995, where a young girl, Natasha, the childhood role played by Ever Anderson, goes cycling around. She lives with her mother, Melina Vostokoff, played by Rachel Weisz, and her six-year-old sister, Yelena Belova, played by Violet McGraw. They have a perfectly normal childhood, with Melina nurturing them and teaching them to be strong at the same time.

Their seemingly idyllic life is torn apart when their father, Alexei Shostakov, played by David Harbour, comes home with an announcement that they immediately have to flee. They reach Cuba, just having a narrow escape from the authorities, as well as a barrage of gunfire, where the family gets separated. It is then made clear that it was all just a facade as their father was actually a Russian spy, and they had been posing as an ordinary American family.

Alexei is somewhat relieved at the turn of events as he preferred to get back to his super-soldier duties as a Red Guardian than being an obscure undercover spy. However, his boss General Dreykov, played by Ray Winstone, gets impressed with the brave Natasha when he sees her being fiercely protective of her little sister.

The movie then cuts straight to 2016. Twenty-one years later, Natasha is a federal fugitive being hunted throughout the country by a SWAT team. The SWAT team works under the instructions of the US Secretary of State, Thaddeus Ross, played by William Hurt. Natasha or the Black Widow is forced to go into hiding in Norway.

Yelena, played by Florence Pugh, has also grown up to be another Black Widow, a highly-skilled assassin. She has deserted Dreykov’s ranks, and after removing the tracking device planted under her skin, is now in Morocco.

Yelena has gotten away with a case of vials, which are an antidote to Dreykov’s chemical compound that has been formulated to control free will. She even dodges the female squad sent to kill her and then shifts to Budapest.

In Budapest, the sisters Natasha and Yelena get a chance to get reacquainted. Together, they try to evade an armored vehicle that is chasing them down. Dreykov’s soldiers are on their pursuit, the most dangerous of them being the Task Master, a microchip enabled mimic, which can replicate any fighting skills.

In between this mind-blowing action and life-threatening encounters, viewers also get to see the softer and vulnerable side of the sisters as well. There are scenes of some good-natured sibling rivalry, especially the one where Yelena tries to imitate Natasha’s signature hair-toss pose when she gets somewhat insecure about her sister’s popularity.

If the viewers start wondering about the fates of Alexei and Malina, they do not have to wait very long. The duo is first shown in a nail-biting Russian prison breakout scene and then at the isolated farm of Melina, where she is shown testing Dreykov’s mind control programs on hogs.

Slowly, the curtain is raised on the nefarious activities of Dreykov and his Red Room training camp. It is revealed that he collects abandoned or orphaned girls from all over the world and turns them into the Black Widows, an army of brainwashed and obedient killers.

According to him, he is actually doing some good by recycling trash and giving them a purpose, a life. He even dares to congratulate his own intelligence in utilizing the one resource that the world has in abundance – girls. By turning them into his Black Widows, he plans to control the International centers of power.

What follows after the revelation is a battle of epic proportions to take down Dreykov and destroy the Red Room, where the Black Widows receive their training. The determination and fearlessness of the two women in their mission to save the other girls from this inhumane exploitation is the focal point of Black Widow. Melina, too, plays a part in this as one of the brains behind the operation.

There are moments of emotional family time as well when they reunite at Melina’s farm, where they try to find answers to the unanswered questions of the last two eventful decades.

Alexei faces his daughters with complete honestly, but not without slight regret for the previous happenings. Natasha and Yelena, who had been trained to think unemotionally throughout their lives, can’t keep themselves from feeling sad about their lost childhood. Yelena actually tries to believe that they had a normal childhood before all this happens.

Coming to Black Widow Review, the film had great chemistry between Scarlett Johansson and Florence Pugh makes Black Widow even a more watchable movie. Harbour and Weisz, too, play their parts very endearingly.

The camera work from Gabriel Beristain is of very high quality. The various international locales, the fight scenes, and the awe-inspiring chases are just too pleasing to the viewers’ eyes.

In Black Widow, Natasha is a superhero and not a superhuman. She has not acquired any superhuman abilities but has optimized her humane skills through years of sheer training instead. Black Widow, like any spy movie, has the characters using futuristic technology in abundance. It is a must-watch movie for the worldwide fans of the Marvel series of films.

Black Widow has been directed by Cate Shortland and written by Jac Schaeffer and Ned Benson, with the scriptwriter being Eric Pearson, who is also the co-writer of Thor: Ragnarok.

The prolific cast includes Scarlett Johansson, along with Florence Pugh, Rachel Weisz, David Harbour, Olga Kurylenko, Ray Winstone, William Hurt, Ever Anderson, Violet McGraw, and O-T Fagbenle. This 2 hour 40 minutes long espionage action thriller has been rated PG-13. You can stream the movie on your nearest theaters across the USA and also stream it on Disney+.

For streaming Black Widow on Disney+, you will require the premium membership, which will cost you around $30. And if you watch it with that standard subscription of Disney+, then you will have to wait 3 months for that. The movie will be added to the standard library of Dinsey+ 3 months after the original release time. 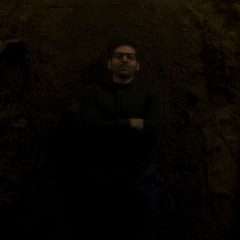