Loki Episode 5: Release Date and Where To Watch It Online? (Via Disney+ Credits: Loki TV Series)

Loki Episode 5: Release Date and Where To Watch It Online?

Loki Episode 5 is going to be released soon. After the release of episode 4 this week, the excitement for the upcoming episode has increased. Loki is an American science fiction series created by Michael Waldron, who is the head writer as well. Kate Herron is the director, while the music is by Natalie Holt. Loki is a Marvel Comics character and the protagonist of this action-adventure series produced by Marvel Studios.

Loki has received huge success and admiration worldwide. Tom Hiddleston plays Loki, the God of Mischief, who is on a thrilling journey to find his way to the ancient Time Keepers. His journey becomes even more interesting after his encounter with another variant, Lady Loki. It so happens that she doesn’t want to be called Loki. So, she is called Sylvie, a character played by Sophia Di Martino.

Release Date of Loki Episode 5 and Where to Watch It Online?

The makers of Loki had earlier announced that Loki Season 1 would have a total of six episodes, out of which four episodes have aired. Loki Episode 5, the penultimate episode of seasons, is certainly going to be a huge one. It will be an indication of the things to come and set up the viewers’ mood for the finale episode.

Loki Episode 4 has been titled “The Nexus Event.” In the previous episodes, viewers have seen Loki and Sylvie being trapped in another apocalyptic event after escaping from the Time Variance Authority (TVA). This event was supposed to happen in 2077 on Lamentis, a purple moon, just on the verge of being destroyed.

Unfortunately, the spaceship, with the help of which they had planned to escape, was damaged. Sylvie had also bombed the Sacred Timeline using the chargers, thus creating numerous branches of it. The Time Variance Authority (TVA), the bureaucratic authority in charge of protecting the Sacred Timeline, now had the responsibility of dealing with the resulting chronological chaos.

In Loki Episode 4, Loki and Sylvie discover that the Time Keepers they have been running from are variants. With death looming large on them, Loki and Sylvie develop a romantic bond between them, which justifies the title “The Nexus Event.”

Mobius saves them from imminent death at Lamentis and arrests them. Loki is left in a time loop by Mobius as a punishment. But before this, Loki reveals to Mobius that everyone working for TVA is a variant. Sylvie is also taken to RoxxCart in 2050 by Hunter B-15.

Loki is later freed from the loop by Mobius. However, TVA Judge Revonna Renslayer, played by Gugu Mbatha-Raw, intervenes and prunes Mobius, as he had stolen Renslayer’s Tem Pad to find out the truth. Renslayer and her minutemen take Loki and Sylvie to the Time Keepers. Hunter B-15 tries to help them. In the chaos that follows, Sylvie knocks Renshlayer unconscious, and the Minutemen are pruned. After regaining consciousness, Renslayer prunes Loki. At that moment, it seems that the very existence of Loki has been wiped out.

Just as the viewers start wondering about the show’s future without its protagonist, they get to see Loki in a ruined city. When Loki wonders aloud if he is dead, a new Loki Variant, Classic Loki, played by Richard E. Grant, replies that he is not yet dead but will be dead very soon unless he accompanies them. The “them” mentioned here is a trio of new Loki variants, Kid Loki, played by Jack Veal, Boastful Loki, played by DeObia Oparei, along the Classic Loki.

Classic Loki is based on Loki’s early appearances, while Kid Loki is based on the version that was reborn after being apparently dead. Boastful Loki is probably based on a character worthy of lifting Thor’s hammer, Mjolnir, as he is seen wielding a hammer. Finally, there is a Crocodile Loki to be seen as well with a Loki crown.

What To Expect From Loki Episode 5?

In Loki Episode 5, it would be interesting to find out if Loki accompanies the trio and, if he does so, where do they plan to take him. Loki and Sylvie, who were always at their wit’s ends, have also started helping each other. The romantic bond that has developed between Loki and Sylvie is likely to be taken to another level in Loki Episode 5. Loki Episode 5 will continue to show Loki and Sylvie’s struggles to survive while protecting themselves from the Time Variance Authority (TVA). Stay connected with MediaScrolls to get more updates on Loki Episode 5 and other television shows, movies, and more. 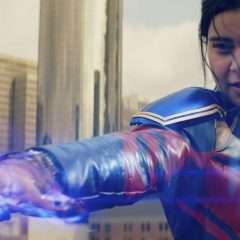