GTA 6 has been one of the most awaited games for several people. Now it seems that everyone will have to wait for much longer than what was expected. It has been a long time period of 8 years of waiting for all the fans. One of the leakers recently put out the information that the game will not be coming out before 2025. That is a very long wait for all the fans. This leak was also backed up by the statements that were announced by Take-Two very recently.

Tom Henderson had previously leaked several important pieces of news about Battlefield 2042 and Call of Duty. He has also made this claim very recently, and he too feels that GTA 6 will be set up in Vice City, with several changes and modernized looks. This, however, contradicts the previous leaks, which state that the game will have the vintage look of the 1980s. Tom Henderson feels that Rockstar Games, the creator, wants to provide as much freedom as possible for the people creating the game, especially for the online content.

GTA 6 seems to make all its fans wait longer than it was even expected.

Tom Henderson has also brought out another interesting fact. He has mentioned that the map which we will see in GTA 6 will change gradually with time. Epic Games regularly brings an update on its Fortnite Map during the end of the season. This time similar features might be seen in the sixth installment of GTA as well.

It was even mentioned that the game would have several playable characters, which was even seen in GTA 5 when it had launched. All these factors are making the fans wait for the game even more. Rockstar Games has ensured that all its employees have a proper and safe working surroundings. Several reports about the crunching conditions at work were put into effect when the work was going on for Red Dead Redemption 2.

The game will be available in Xbox Series X, Xbox Series S, PlayStation 5, and also on PCs. As the game will be a new one in the market, Rockstar is waiting for more of these next-generations consoles and gaming equipment to be sold in order to increase their sales. Rockstar has mentioned that it does want to continue delaying the game as it would irritate all its fans. GTA 6 might be announced at a later time, before its date of launch. Rockstar has had a steady flow of revenue from GTA 5, and hence they are making sure they bring in more developments into the sixth installment of the game.

It is very much justified for all the fans to be very skeptical about the reports of GTA 6 until and unless Rockstar actually releases official information about the game. However, a few of the claims seem to be true, and it would be very exciting to see them in the real game. Stay connected with MediaScrolls to receive more updates on the game and several other games that will be launching soon. Leave your thoughts in the comment box about the game and what do you feel about it. 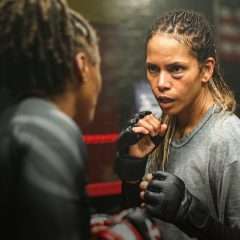