Nier Reincarnation has received a release date in July. If the interested people complete their pre-registrations, then they can begin their journey on the game with added rewards. The mobile Nier spin-off, which Yoko Taro has made, the creator, will be releasing on this 28th of July.

The game is free for download, but there will be several in-app purchases that can be made if desired. Nier Reincarnation is an RPG game packed with action. Here we see a white girl who makes up from her sleep in a realm that is being referred to over here as the Cage. This girl receives help from a ghost who has been given Mama’s name, and both of them venture into this world with the motive of bringing back the girl’s memories.

Pre-register yourself on Nier Reincarnation to get more rewards once the game starts.

On pre-registering yourself, the advantage is that the players who will be playing the game in the future will get some added rewards from Google Play and the App Store. There are more than 300,000 people who have already registered and will begin their journey on the game with gems as rewards. If there are more than 100,000 new pre-registrations before the actual launch event takes place, then the game, Nier Reincarnation by Square Enix, will add the number of rewards for the players in the beginning.

Read More: Ghost of Tsushima sequel Ghost of Ikishima has gathered a lot of rumors which build the interest of the fans

Several works have been done by Nier Reincarnation, mostly on its main storyline. Yoko Taro, the creative director, Keiichi Okabe, the composer, and Yosuke Saito, the producer, have all worked hard in making this game. 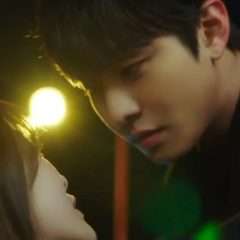