Jujutsu Kaisen 0: The Movie Has Brought A New Promo Picture And A Release Date

Jujutsu Kaisen 0: The Movie which is a very highly anticipated prequel to the anime series Jujutsu Kaisen, has released a promo image, and the production has also confirmed a fixed date for premiering the movie. The movie will have a premiere sometime in December 2021. This will be discussed in detail further in the article.

The released promo image has been put up on Twitter. The picture shows the protagonist of the upcoming movie’s prequel Yuta Okkotsu along with Rika, his friend from childhood. The date which has been fixed for the premiere is the 24th of December in 2021. Jujutsu Kaisen 0: The Movie is being made based on the 2017 original series, Shonen Jump. This was a small series that was created by Gege Akutami and was very well accepted by the fans. People even wanted a sequel to the small series, and the makers finally came up with this movie.

MAPPA will work in animating the movie. This studio had earlier animated the first season of the anime series of Jujutsu Kaisen. Some of the other famous works of this studio include Yuri on Ice, Attack on Titan, and Kakegurui.

Jujutsu Kaisen 0 Movie Key Visual. The movie will be out on December 24th, 2021. pic.twitter.com/fnkcF5oLiX

Jujutsu Kaisen 0: The Movie releases a new promo image and a premiere date.

Jujutsu Kaisen 0: The Movie deals with the story of the protagonist, Yuta Okkotsu, who is constantly haunted by the spirit of Rika, a girl whom he loved once. Things turn out to be really unfortunate as Rika’s spirit has transformed into a Curse. The soul has become evil and is feeding on the negative emotions of people. Rika’s spirit had the intention of protecting Yuta, but as we see that, the spirit becomes evil and harms anyone who tries to come near Yuta.

Yuka has to keep himself in exile till the time he is taken to Jujutsu High. In Jujutsu High, he is taught all the necessary skills to keep Rika’s spirit under control and use it for protecting humanity and fighting against the other curses. The movie will not feature Yuji Itadori and several other important characters from the series like Toge Inumaki and Satoru Gojo. All these characters played an important part in the main series. However, in the movie, we will not see them as the movie focuses on one aspect.

Once the first season of the very popular anime series ended, the film was then revealed. There is some other news that states this manga series will not continue in the upcoming times because of some health problems being faced by Gege Akutyami. Season 2 of the show had its production going, but currently, there is no official date that has been fixed for release.

If you are interested in watching the first season, it is available on HBO Max and Crunchyroll. Stay connected with MediaScrolls for more such updates on Jujutsu Kaisen 0: The Movie. The release date has been fixed as the 24th of December. With the promo image and a date out now, we can soon expect a teaser and then a trailer of the movie to build the interest of the fans even more. 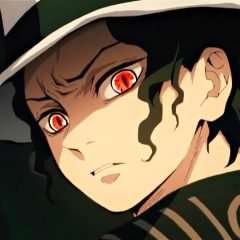