Microsoft concluded their E3 presentation with a bang after announcing the new game title Redfall. The game is said to be one of the most significant releases from Dishonored developer Arkane Studios. The game’s premise starts on the quaint island of Redfall, Massachusetts, which is currently under attack by an army of vampires; the vampires have managed to cut out this island from the outer world, and now it is up to the handful of survivors which will be the players to gear and customize their weaponry create a team of vampire slayers and fight them to restore the city to its previous state. The modes available will be solo: co-op or a group of four players.

Redfall will feature a prosperous campaign to explore the game’s story; as discussed above, the modes available will be solo. Co-op or a group of four players, and each individual will have their own story, personality, and abilities in the game.

The Characters of the Redfall Game Revealed

As per the official reveal by Bethesda, the four characters in the game will be Devinder Crousley, Layla Ellison, Remi de la Rosa, and Jacob Boyer. Each of the individuals mentioned above will have its own set of powers.

Also Read: Microsoft and Bethesda E3 2021 Conference: All that Happened

The Vampires of Redfall

As per the details revealed by Bethesda, You need to know for sure that the vampires of Redfall are not like the vampires you usually know of; they were created as a part of scientific experiments. After that, they have gradually developed the powerful abilities to become specialized vampires like the one shown in the trailer ‘Angler.’ The Angler vampire uses a psychic harpoon power that takes you away from your teammates and leaves you alone and vulnerable, and this is just of the vampires you will witness in the game; there are many such vampires available in the game.

This is not all; there are also cruel human beings who will stand in your way; this group of people worships the new leadership of these evil beings, and they have put up outposts in every area of Redfall. So your first aim would be to clear these outposts to reach a safer place for the human survivors. 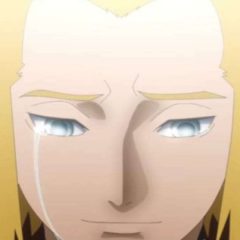