Forza Horizon 5 Gameplay Footage Has Been Revealed At E3 2021

Forza comes with its latest Forza Horizon 5 on the Xbox gaming console in 2021. The gameplay footage shows such great details of the cars; people can easily confuse it with being a car commercial ad or video. During the E3 2021 event, which took place on Sunday, Microsoft finally put all the rumors to rest and brought out the gameplay footage of the game. The footage just looks fantastic and builds expectations on the game even more.

Like the previous Forza games, even in Forza Horizon 5, we can see several terrains where the player can drive. Along with the variety of landscapes available, we will also get to see a wide plethora of cars. This open-world racer first starts in Mexico, and there are several active volcanoes on which the players will have to drive on. The game fans will find new modes of multiplayer where the player can get the opportunity to smash some pinatas that are spread across the racing area.

The previous game Forza Horizon 4, which was released back in 2018, was set in the United Kingdom. This game had a Lego expansion packed which came in the very next year, 2019. Microsoft has this habit of bringing in Motorsport and Horizon events alternately. We will see the new game on the 9th of November, and it will be a part of the Xbox Game Pass.

As mentioned earlier, the game is being set in Mexico. Since this is a new place in the game, the players will be able to view and witness several new landscapes in the form of an open-world gaming platform. The graphics look more intensive and realistic, and the player has to drive through volcanic mountains, forests, and deserts.

Forza Horizon 5 will come along with several new campaign modes. These campaign modes will bring several hundreds of challenges that will take the players through places. There will also be a multiplayer mode that will allow the player to be a part of some exciting expeditions and adventures across some beautiful landscapes. The driving will be filled with fun elements, and the rider will eventually get to ride some of the best cars in the world.

This will be a part of the new addition of the Horizon Arcade. This is the latest live integration that allows one player to team up with a few of the other players to go on some adventurous missions. This feature will keep the squad always in action without making use of menus, waiting in the lobbies, or the time for screen loading.

Mike Brown, the creative director of the game Forza Horizon 5, has mentioned in an interview that one of the primary reasons the game is being set in Mexico is the early leaks in the market.

Also Read: Microsoft and Bethesda E3 2021 Conference: All that Happened

This game will allow the player to use the maximum features of the Xbox consoles, especially the ones from the new generation. Forza Horizon 5 will support ray tracing, HDR, and 4K graphics. There will be a massive upgrade in the theme which has been set for the game. A few of the areas will look as realistic as photographs and the gameplay will continue with superior graphics. 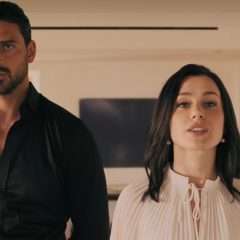