See Season 2 on Apple TV Plus Brings In More Drama

See Season 2 will be coming on Apple TV Plus, and we will again see Jason Momoa on this post-apocalyptic drama series. The filming for the series has started in Toronto. The third season is getting a renewal far earlier than the time Season 2 had taken.

We will find this season premiering from the 27th of August, with a new episode coming on every Friday. So it will be limited to one episode a week. In the third season, we will also get to see the star Dave Bautista joining the cast. Bautista will be playing the character of Edo Voss, the brother of Baba Voss, played by Jason Momoa.

In See Season 2 we will see how the events happen in a future time where the entire humankind has lost their vision or sight. We will see Jason Momoa as Baba Voss fighting to bring back his family and reunite them.

He is also trying to flee with them from the war and the war politics that surround them. However, he realizes that it is not easy to run away from the scene. With the incoming of his brother Edo Voss, played by Dave Bautista, it becomes far more dangerous as Edo constantly threatens his family.

Before discussing further See Season 2, let us have a quick run-through of the plot of See Season 1

By the end of the first season, we saw how Queen Kane and Maghra had taken control over the army of Witchfinder. They mention that Tamacti Jun was so ashamed of himself that he had killed himself.

We also see at the House of Enlightenment that Jerlamarel betray his own children and plan to send Haniwa to the General. It is over here that Baba Voss comes to protect Kofun and even blinds Herlamarel.

The show also directs us to a twist where Tamacti jun will rise from the burning ashes of a building. He will surely seek his share of revenge from Queen Kane and Maghera.

A lot of new known faces will be joining the cast of See Season 2. They are also there in the second season. These actors include Tom Mison as the Watchmen, Eden Epstein as the Sweetbitter, Olivia Cheng as the Warrior, Hoon Lee as the Warrior, Tamara Tunie as the Flight, and David Hewlett as the Shape of Water.

The show has won the Ruderman Family Foundation Seal of Authentic Representation during the previous year.

Steven Knight, Peter Chernin, Francis Lawrence, Jim Rowe, Jonathan Tropper, and Jenno Topping are the executive producers of See and even See Season 2. The showrunner is Trooper, and we will see Endeavor Content along with Chernin Entertainment producing the series.

Stay connected with MediaScrolls to get more updates about See Season 2 and several other shows that will release very soon. We try our best to bring you all the latest news and leaks. Do comment your thoughts about the show. 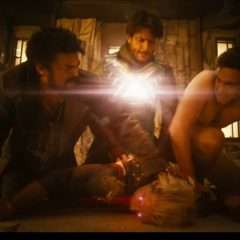