As per the updates from Realme, the Realme GT 5G Snapdragon 888 flagship model will be shipped to Belgium, Germany, Luxembourg, the Netherlands, and Portugal soon; However, these markets are not currently open for placing the order, and it will be launched very soon as indicated by the company.

The GT series will be a part of realme’s new flagship focusing on high-performance and image, respectively. This will not only allow us to achieve technological breakthroughs but will also keep us ahead of the market.

Although it is still unclear what the differences will be specifications-wise between the models that will launch in Europe, the Chinese model of GT had a 64-megapixel primary camera with an 8-megapixel ultrawide 2-megapixel macro sensor. So as per our assumptions, there is plenty of room for improvement for the camera flagship, which will be done before the Europe launch. Coming to the rest of the specifications of  Realme GT 5G, the Chinese version had a 6.43-inch screen with a 120 Hz OLED Display, 12GB RAM/256GB ROM, and 4500 mAh battery power, along with a 65 watt of fast charging option. 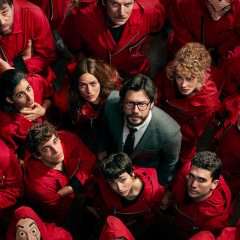