Gear up for the second season of Space Force

Space Force Season 2 is being renewed by Netflix a few months ago. Ben Schwartz, a star of the show, has put up a new click on Instagram. The set on the image looks very similar to what we have seen on the sets of Space Force.

The picture has been given the caption “Season 2”. The picture reveals several other actors of the Space Force. A few of them are Diana Silvers, John Malkovich, Jimmy O. Yang, Don Lake, and Tawny Newsome. The production of Space Force Season 2 was moved to Vancouver from Los Angeles.

Space Force Season 1 proved to be very expensive for Netflix. Steve Carell has managed to earn 1 million dollars from each episode. He was also a part of executive producing, co-creating, and acting, as obvious. Norm Hiscock, writer of the show Brooklyn Nine-Nine, will join the front along with Greg Daniels as co-showrunners.

Schwartz has portrayed F. Tony Scarapiducci’s character. This character has been formed on the basis of Director Anthony Scaramucci, who was the communications director of the former US President Donald Trump. In an interview, the actor has revealed that his approach towards the role will be without making any kind of a parody of Scaramucci.

The beginning slides that have been worked upon becomes the first scene of the episode. The complete script has not been offered yet. Schwartz had to take his own approach to play the character as he had no further knowledge. He has thought of his character in his head and portrayed it accordingly. He has played it as a person who worked as a manager in the media industry for American Apparel. The character then got fired from his job. These were a few of the thoughts he had while playing the character.

With Space Force Season 2, the show makers are trying their best to grow in the creative aspect and connect with all its viewers. They are following the way as to how The Office connected with its audience. Space Force Season 2 release date is not yet known. We need to wait for further announcements in order to know the original date. 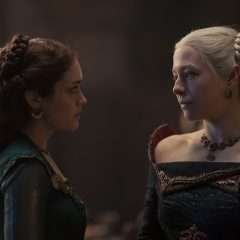