The manga series has been written and illustrated by Nakaba Suzuki. It is about the journey of Princess Elizabeth Liones to find the Seven Deadly Sins. The Seven Deadly Sins are Holy Knights dispersed after the corrupt Holy Knight overthrew the Kingdom of Liones, and Elizabeth is the third princess of the kingdom. She hopes that they would help her free the conquered kingdom.

The Seven Deadly Sins Season 5 Episode 21 is titled “What the Witch Had Always Wanted.” It is set to release on TV Tokyo and BS TV Tokyo on June 2, 2021. In this season, the current producer of the anime, Studio Deen, worked with Marvy Jack, a Korean animation studio.

Rintarō Ikeda is the main scriptwriter, and Susumu Nishizawa is the director of The Seven Deadly Sins Season 5 Episode 21. Its music is provided by Kohta Yamamoto, Takafumi Wada, and Hiroyuki Sawano.

The opening theme is “Light That” by Akihito Okano, and the closing music is “Time” by SawanoHiroyuki[nZk]: ReoNa, for the first 12 episodes of the season. In the remaining episodes, the opening song is “Eien no Aria” by Sora Amamiya, while the closing theme is “NAMELY” by UVERworld.

Where can the viewers Watch The Seven Deadly Sins Season 5?

Viewers can watch The Seven Deadly Sins Season 5 on Netflix, which has the English streaming rights to this season. It is also available with Japanese audio and subtitles on Netflix Japan.

English dubbing is also available for the first four seasons on Netflix USA. Viewers can also watch these seasons in German, Portuguese, Spanish, and French in their respective predominantly spoken regions.

Episode 20 shows the Seven Deadly Sins rushing towards the Demon King. The Demon King casts a spell called Death Zero to keep them at one place using gravitational pressure. However, Merlin increases the power of the Deadly Sins to a maximum level by using Power Limit Break to nullify the effect of Death Zero. As a result, they are free and start fighting together against the Demon King by combining all the attacks in the Full Conversion spell. On the other hand, Gowther’s Killer Switch doesn’t let the Demon King protect himself with the Ruler.

Meliodas protects his father, the Demon King, from a spell at the last moment. However, his father calls him foolish as a result of that. It proves that the Demon King did not pass the test to check whether he deserves a second chance to redeem himself.

It is revealed that Melidos had planned the test by setting up his illusion to protect his father. The real Meliodas finally decides to kill him after finding out the test result and encounters his father for the last time in the spirit world. The Demon King reminds him about the consequences of breaking the light and darkness cycle before disappearing.

The Seven Deadly Sins then bid farewell to Escanor as his body disintegrates after Gelda and Zeldis leave. Meliodas wishes for Escanor to rest in peace. 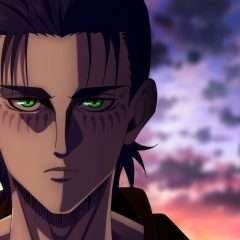 What happened to Eren in Attack on Titan? Is Eren Dead? [Spoilers]