Money Heist Season 5 release date has been announced officially by Netflix. Season 5 will be streaming on Netflix, and the season will mark the end of the long and breath-taking heist

Money Heist Season 5 release date has been announced officially by Netflix. Season 5 will be streaming on Netflix, and the season will mark the end of the long and breath-taking heist. The streaming platform, Netflix, has announced the date of release of the show’s final season with an amazing teaser.

The gang has packed their bags full of armor and weaponry. Not just that, they have their minds full of anger which makes them even more dangerous. Their heist is no longer just limited to a robbery. The teaser shows us all the happy and the sad times present all over the fifth season.

The filmmaking of the teaser has been so amazing that the emotions have been portrayed in just the proper manner. First, we see slow-motion captures of the member of the gang’s feelings. All of them are now fighting to take revenge for their personal loss.

The teaser is filled with action to the brim. There is just a lot of it, and you will understand once you go and play the teaser and give it a watch. The cops have reached inside the bank. They are doing whatever they can to make sure that the gang surrenders in front of them.

As the team moves ahead by making their way through the Bank of Spain, we see that The Professor keeps everything in control from the outside. There is a very quick shot that shows his hands to the chair. This leaves a big question in our minds. Has Alicia Sierra somehow made it possible to take over Sergio and hold him as a hostage? We will get to know once the final show releases.

The teaser has also made it clear that the fifth season will come in two different parts. The first will release on the 3rd of September. This will build the excitement of the people even to a greater extent. The second part will satisfy everyone’s thirst on the 3rd of December.

Alex Pina, the show’s creator, had said in one of his statements that they had started to pen down the show amidst the situation of the COVID-19 pandemic. During that time, the makes felt that there should be many changes that they need to make to meet the people’s expectations from the ten episodes of the season.

They have used many ways to create the appropriate sensation and excitement for the show’s finale in the first part. They are now going totally all-guns into a very violent warfare genre. This will put every member’s life at a higher risk. In the second part, a lot of the part has been designed so that they will have the emotional aspects of each of the members. The complete journey across the sentimental map connects us to their farewell from the show.

Read More: Friends: The Reunion Brings In Emotions and Excitement for Everybody 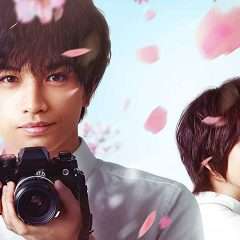 Love Like the Falling Petals Ending Explained, and Review