In 2018 we saw a new game, Rust, enter into the world of games on PCs. Many of the gamers had very gladly accepted the game. After spending five long years in the Early Access section of the Steam application. This game can be considered to be one of the most influential ones in the area of survival and crafting. After spending a long time just among the players on PC, the game is planning to enter the courtyard of consoles. Its arrival on Xbox and the PlayStation had been announced during the beginning of 2021. A new trailer of the game has also come out. Check it out below.

All the players who want to enjoy the latest competitive fight for survival on consoles, both the previous ones and the next-gen ones, can definitely purchase this game. There will be 100 players online in the game at one time in a few days as the game launches. The player has to walk around the post-apocalyptic land filled with mysteries and scattered with leftover industrial monuments and scientists examining around. The player has to find ways to keep himself alive in a world where everyone is trying somehow or the other to kill him.

The console edition of the game is very similar to the PC version of the game. The players have been playing the PC version since 2018. However, we are sure that the game has been redesigned and optimized to get a unique and special experience for the console. The game was fully designed on the planning and capabilities of Facepunch. The players are extremely grateful to them for that. As a result, the game provides a totally unique gaming experience to all the players involved in it. The players have faith the console edition will be very beastly designed to work amazingly on the next-gen consoles. 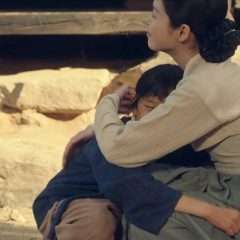