Castlevania Season 5: Renewed or Cancelled? Here is what we know

Castlevania Season 5: Renewed or Cancelled? Here is what we know

Castlevania Season 5 is adapted from a titular Japanese video game by Konami. It belongs to the horror dark fantasy genre and is animated in the eastern style with western characterization. The plot follows the struggles of generational vampire hunter Trevor Belmont, Sypha Belnades, a speaker magician, and Adrian “Alucard” Tepes, who is a half-vampire, to protect the residents of Wallachia from the evils of a Dracula.

Castlevania’s first season was released back in 2017. The show got immensely loved by the fans and was popular across ages due to the gripping plot, complexity of characters, and stunning animation. Season 4 of the anime just concluded now and is currently available for streaming on Netflix. So let’s discuss what we have in store for us in Season 5.

Season 4 Ending and What to Expect from Castlevania Season 5

Viewers find Trevor, Sypha, and Alucard happy and getting what they wanted at the end of Season 4. They decided to build a village and start fresh. Now the place would be filled with happy screams and laughter of the children, forgetting the terrific screams and darkness. Trevor and Sypha were about to be parents.

Morana and Striga wish to quit and walk off from death and negativity altogether after the death of Carmilla. Isaac wants to improve the world as a living place taking help from his night creature army, and Hector aims to write a book about vampires. On the other hand, Dracula and Lisa want to lead a peaceful life after returning from death by shifting to England.

The Season 5 of Castlevania might be adapted from “Castlevania: Symphony of the Night,” which will take Alucard’s narrative forward. Anyway, there is plenty of source from where they can take inspiration since it is a big video game.

Shankara earlier said that they might also focus on the other members of the Belmont family, like Christopher and Simon. Most probably, Dracula might also reconcile with his son. They can also show vampires outside Europe.

Read More: Konosuba Season 3 – Will there be a Season 3?

Castlevania Season 5: Renewed or Cancelled? and What will be the Release Date?

The fourth season of Castlevania got premiered on 13th May 2021 on Netflix. Produced by Frederator Studios, the show was created and developed by Warren Ellis and Adi Shankar, respectively. Season 4 consisted of 10 episodes each of 30 minutes.

Around May 11th, representatives at the streaming platform Netflix said they’d like to bring in a new cast for the new series. The makers said that though the next one will be based on the same universe, it might not be a spin-off. Even Shankar said he’d like to concentrate on a narrative that will focus on the many generations of the Belmont family, who hunt down vampires.

Some rumors suggested that Ellis would be dropped from the maker team because of the accusations against sexual him on sexual exploitation and women being manipulated. However, it seems Netflix won’t delay the fifth season announcement as the fourth season of Castlevania just got concluded now. So it can be expected that season 5 will come out sometime in 2022.

There are both Japanese and English voice artists in the fourth season. The English cast members are as follows: Richard Armitage in the voice of Trevor Belmont, James Callis to Adrian “Alucard” Tepes, Alejandra Reynoso for Sypha Belnades, Graham McTavish for Vlad Dracula Tepes, Marsha Thomason to Greta, Theo James to Hector, Adetokumboh M’Cormack in the voice of Isaac, Jaime Murray to Carmilla, Emily Swallow to Lisa Tepes, Jessica Brown Findlay for Lenore, Bill Nighy for Saint Germain, Yasmine Al Massri for Morana, Ivana Milicevic to Striga, Malcolm McDowell to Varney, Toks Olagundoye to Zamfir, and Titus Welliver for Ratko.

Since the characters of Murray, Findlay, Nighy, McDowell, Olagundoye, and Welliver are dead, they might not reappear. Yet, there are chances because death is a shifting idea in this universe. Armitage and Reynoso, who voice the living characters, might not return to their roles and only voice the flashbacks. Callis, McTavish are some of the cast who voices immortal characters and can return in Season 5. Till then, stay tuned to MediaScrolls for more such exciting news. 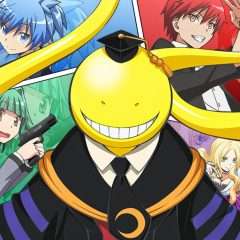