In the upcoming movie A Quiet Place Part 2, Emily Blunt will be taking up the responsibility of providing protection to her children against the monsters outside. These monsters get activated when they hear any kind of sound. The movie is supposed to launch in theatres on the 28th of May.

The final trailer of the movie is out. This movie is a sequel to the film of the same name that was released back in 2018. Over here, we see Emily Blunt gears up to save her children from the monsters outside who are attracted to sound. We also get a glance at the threats which are in the path of the Abbott family. They are forced to move out into unknown places, looking for shelter and protection. Blunt’s kids will be again played by Noah Jupe and Millicent Simonds in the movie. The new stars who will be joining the movie are Djimon Hounsou and Cillian Murphy. John Krasinski will be directing the film like the last part.

This time it’s Emily Blunt facing the monsters in A Quiet Place Part 2.

The summary of the movie states that the upcoming deadly events will happen at their home. The Abbott family will have to face the dangers of the world outside their house. They will continue their battle to survive against these monsters. While surviving from the monsters and moving around silently, they realize that these are not the only dangers in their path. They might have to face some dangers which are even bigger than the ones now.

Read More: MCU Confirms Arrival of All the forthcoming Phase 4 Movies and Shares the initial footage of Marvel’s Eternals

The movie is receiving positive responses till now. Steve Weintraub from Collider has mentioned that the film will make a great sequel. He has also tweeted a lot of positive saying about the film. The movie is 1 hour and 45 minutes long. And when the movie ends, the audience will want more. So there might be high chances that the third installment of the movie might also come. Rotten Tomatoes has also congratulated John Krasinski and his team for the wonderful work on the movie. Millicent Simmonds has also worked phenomenally in the movie. The release date has been pushed several times because of the Coronavirus pandemic situation. We will finally get to see the movie on the 28th of May in theatres. 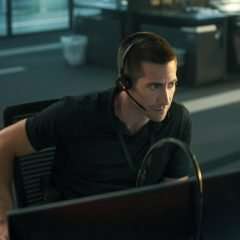 Jake Gyllenhaal’s The Guilty Review: Should We Watch It or Skip It?
close