MCU Confirms Arrival of All the forthcoming Phase 4 Movies and Shares the initial footage of Marvel's Eternals
Arijit·
Movies
·May 5, 2021··2 min read·0

Marvel Studios have released the very first footage of Eternal. The footage shows what we can expect to see in the upcoming MCU (Marvel Cinematic Universe). Phase 3 of the MCU wrapped in 2019 with the movies Spider-Man: Far From Home and Avengers: Endgame Marvel had planned to bring on Phase 4 soon, but it faced huge delays due to the Coronavirus pandemic. Nothing came out in 2020. However, 2021 is going to be completely packed with several contents coming from Marvel Studios.

Black Widow will release in theatres in July. The movie will also be available in Disney+. After this movie comes Shang-Chi and the Legend of the Ten Rings in the month of September. This will be followed by Eternals in the month of November and will end with Spider-Man: No Way Home. All these movies are kicking off their promotions for the release.

In the San Diego Comic-Con, it was confirmed that Eternals would be an adaptation of the team which had the same name. This team’s comics were directed by Chloe Zhao, who recently won the Oscar for her film Nomadland. The movie indeed comes packed with some talented actors.

Angelina Jolie will play Thena, Richard Madden will play the role of Ikaris, Kumail Nanjiani will play the role of Kingo, and Salma Hayek will be portrayed as Ajak. Along with them, we will also find Gemma Chan portraying Sersi, Don Lee playing Gilgamesh, Brian Tyree Henry playing Phastos, Lia McHugh playing Sprite, and several others. Kevin Fiege, the head of Marvel Studios, had also mentioned that Kit Harrington would also star in the movie. He will portray the character of Black Knight. Fans can finally have a look at the movie’s first footage.

The first footage of the movie got revealed as a part of a long movie trailer which gave us a glimpse of the upcoming films in the Marvel Cinematic Universe. There is a short part that shows the superhero costumes of the movie. We can see Chan’s Sersi, McHugh’s Sprite, Nanjiani’s Kingo, and Jolie’s Thena all together in the ending shots.

We are not sure when the first trailer of the movie will release. It is assumed that the film will come to theatres a month after the release of Shang-Chi. Hence it seems that the trailer or full teaser will launch 4 weeks after Shang-Chi’s trailer has launched. Marvel has Black Widow and Shang-Chi coming before the movie. So it will keep itself busy with the promotion of the two movies first.

Zhao is working o making the final cut scenes of the movie and finish it completely. We never know; the trailer might just come after all these are done. So fans will have to wait until some things are revealed in the upcoming times. Till then, the first reveal of the movie has created a lot of excitement and expectation from the fans. 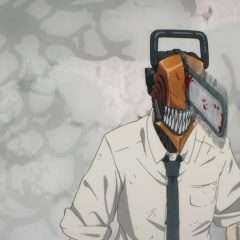