DC Doom Patrol Season 3 is going to bring in a big surprise. The genre of Superhero films is slowly taking over the entire entertainment industry. People are always very excited to see their favourite superheroes on screen. The two big comic houses that make such great superhero action films and TV shows are the Marvel Cinematic Universe and the DC Extended Universe. If some other franchise comes up with superhero movies, they would be more than welcome. The audience would surely love to see new superheroes as time goes on.

Several notable stars from Game of Thrones have starred in the movies of both Marvel and DC. Sebastian Croft earlier played the role of the younger version of Ned Stark. We might soon see him in another content.

The show has added the actors- Micah Joe Parker from The Flash and Sebastian Croft from Game of Thrones. The role of Malcolm, who is very quiet and sensitive, will be portrayed by Micah Joe Parker. Malcolm belongs to the Sisterhood of Dad. He wants to go away from the harshness of reality and the world. He likes being invisible in his corner. Sebastian Croft will play the role of Charles Rowland, who is a friendly and charming member of the Dead Boy Detective Agency. He had died of hypothermia back in 1989. This still haunts him.

Read More: The Falcon and the Winter Soldier Finale Explained: Who is the New Captain America and Who is U.S Agent, Hero or Villain?

The show is based on the team of DC Comics. The name is also the same as was created earlier by Bob Haney, Bruno Premiani, and Arnold Drake. The show is based on the forever expanding program of subjugated super-powered people or beings. All of them have been gifted with certain abilities through a few events, which were one of a kind and tragic. This should build your level of excitement for the show. Follow MediaScrolls to remain updated on the latest shows and updates. 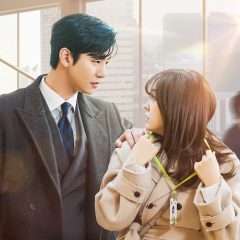