Sex Education Season 3: When will It Arrive on Netflix?

Debuting in 2019 Sex Education is a British show tremendously loved by the fans for its unique storyline and plot. Set in Moordale Secondary School, it centers around Otis, played by Asa Butterfield. His mom Jean, played by Gillian Anderson,  is a sex therapist. He was an uneasy guy who shots to popularity when he starts advising his classmates on the topics of sex and relationships.

The second part deals with Otis’s complexities after getting feelings for Maeve (Emma Mackey) and her strenuous relationship with his best friend Eric (Ncuti Gatwa). The show, which was loved for its relatable yet complex characters, is on the way with its third sequel.

Sex Education Season 3 Release Date: When will it arrive?

‘Sex Education’ season 3 release date has finally been announced. The series is set to release on September 17, 2021, at 3 am ET on Netflix.

It was announced on February 2021 that the series would return for its third season by the Q4 of 2021, and it has been finally announced it will officially return on September 17, 2021. The upcoming episodes will have eight episodes in total. Like any other tv show and movie, the release date of Sex Education was also delayed due to the pandemic and Covid-19 outbreak; else, it could have been released earlier.

When was the Filming Concluded for Sex Education Season 3?

The filming of Sex Education Season 3 was concluded in March 2021. Spotted by some fans in the Sex Education subreddit, one of the production members of the show has uploaded one picture stating, “And that’s a wrap!!’. Originally the filming for the third season began in Wales around 1 year ago, where the production crew and all actors were in a bio bubble during the filming. As it seems as of now, the show has completed its filming and is expected to arrive late this year. 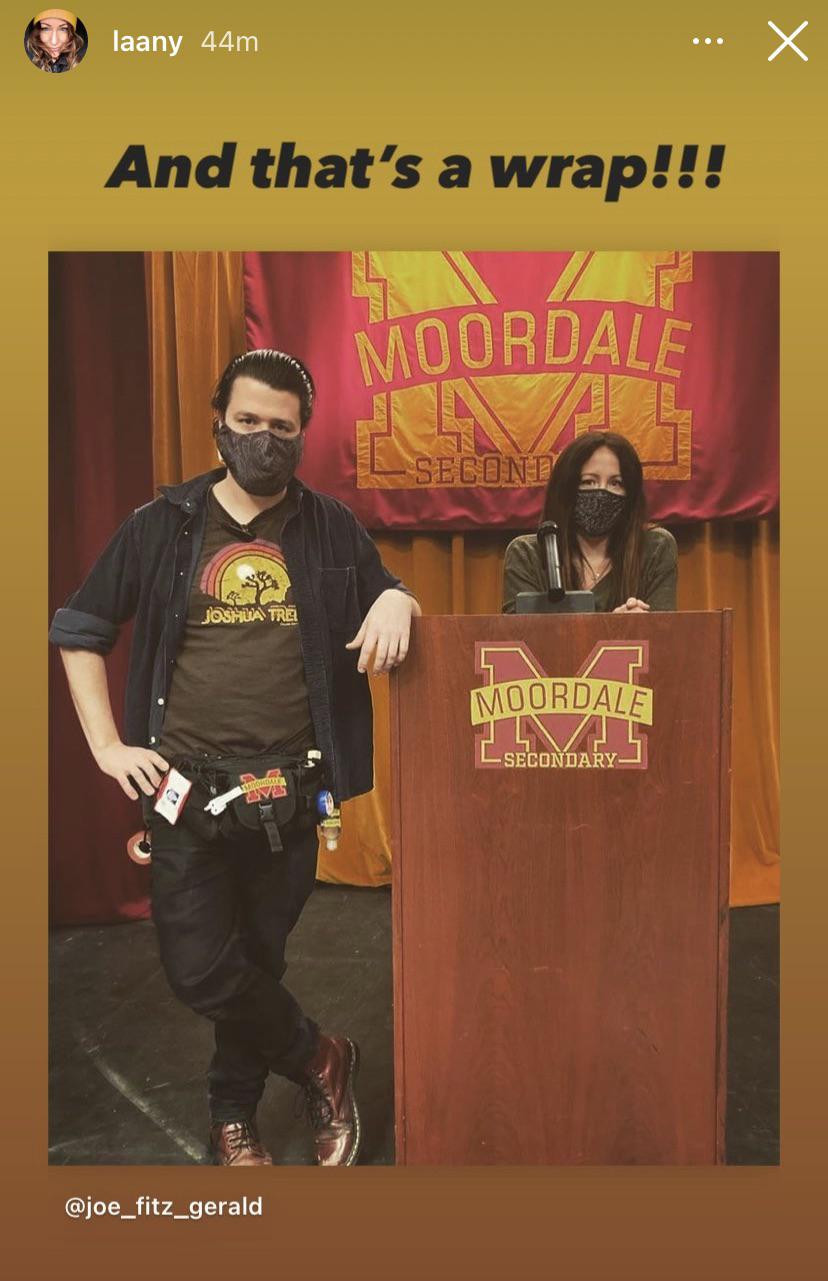 What to Expect from Sex Education Season 3?

It’s gonna be an exciting show since the last season ended, putting the viewers right on edge. Otis gathered the courage to confess his feelings for Maeve but couldn’t find her at her home, so he called her and left a voice note, and on the other end of the phone, there was Isaac  Maeve’s new neighbor. So after listening to Otis’ voice note on how much he feels for Maeve, Isaac deletes it, so as a result, Maeve doesn’t get to hear the voice note.

The romantic message left by Otis was very emotional, and even some of the fans even hated the cliffhanger in the end. But we are sure the writers have something else on their minds with Maeve Otis and Isaac, and maybe there’d be a love triangle between them in season 3.

Asa Butterfield, aka Otis, earlier in an interview stated that the relationship between Otis and Maeve would reach a new level in season 3. With Isaac involved now, we think it will surely be a love triangle between the three. He also revealed some information about his character in season 3.

“There IS a bit of a time-jump since the season 2 ENDED IN A cliffhanger,” Butterfield said. “Otis is back at school but he HAS got different things on his plate NOW. He HAS grown up a bit and become slightly sassier. It HAS been fun to portray his newfound charisma.”

Coming to the story of other characters at the end of season 2, we saw Jean starting a relationship with Ola’s father, Jakob, and at the ending moments of season 2, we saw Jean finding out that she is pregnant. Well, things are about to be awkward for both Jean and Jakob, and how will they tell both Otis and Ola about the pregnancy. It will be an exciting thing to watch out for in season 3.

Coming to the relationship between Adam and Eric, we saw Adam publically announcing his feelings for Eric in the school’s official musical production. So season 3 will most probably start with both Adam and Eric starting their school days as a couple now. Plus, the Moordale Secondary will now feature a new headmistress that is Jemimakirke, in the role of Hope. Hope aims to restore the school’s glory.

The new season will also be going to feature some of the new cast on screen as well so here they are:

Is there a Trailer for Sex Education Season 3?

Although there hasn’t been any new official trailer released of Sex Education Season 3, a recent teaser trailer was released by Netflix titled ‘Moordale Secondary’ where we can see the newest cast edition in the series Jemimakirke the new headmistress of Moordale secondary. The official trailer will also release in some time; we will keep you updated on this.