The dojo war of Karate Kid between Daniel, Kreese, and Johnny continues in Cobra kai Season 4. The show will release by the end of 2021 on Netflix. This series is actually a spinoff of the Karate Kid. The first two seasons of the show first appeared on YouTube Premium and YouTube Red.

It gained a lot of popularity over there. Netflix then noticed it, and the next season, Season 3, was released on the streaming platform at the beginning of 2021. The show is now coming forward with its fourth season. The fans have very high expectations of this new season and look forward to watching it on Netflix.

The show will star William Zabka as the bully of Karate Kid Johnny Lawrence. It continues the good old story in a new way. The show has gained a lot of success and popularity by blending in the characters from the original films like John Kreese (played by Martin Kove), Daniel LaRusso (played by Ralph Macchio).

There are several characters of the new generation like Sam LaRusso (played by Mary Mouser), Miguel Diaz (played by Xolo Mariduena), Robby Kenne (played by Tanner Buchanan), and Tory Nichols (played by Peyton List). The cinematography and the fight choreography have received worldwide appreciation from critics.

Netflix has officially revealed the Karate Kid Sequel Cobra Kai Season 4 will return with its much-awaited season 4 on December 2021.

On August 27th, 2021 Friday, Netflix has confirmed the fifth season, and along with that, they have also told that season 4 will return in December 2021.

The Filming of Cobra Kai Season 4 was completed in early 2021 and at that time, Cobra Kai boss Josh Heald had said the Cobra Kai team had developed one of the most epic storylines for the upcoming season.

As per Josh’s comments, they are developing a storyline that will keep on providing the dopamine that generates a good feeling and will ensure that everyone watching Cobra Kai gets goosebumps, tears, and belly laughs.

Their recipe for season 4 is the same, but it will come with a different taste, and it will be much bigger and better than its previous seasons.

From the very first season of the show, we have seen that it has been extremely popular. The fourth season can show things a bit differently or take a different approach than before.

Kreese is clearly the villain, as we can understand by the end of season 3. Daniel and Johnny’s dojos will have to team up and be very strong in their approach to taking down Kreese. According to whatever was shown in the previous season, we assume that the ultimate showdown will happen at the All-Valley Tournament.

What is so great about the series is its attempt to portray the characters from the original film. No doubt, their attempt has been extremely successful. The show even shows the small villains like the Cobra Kai buddies of Johnny and Chozen. These characters even have a big role to play in this show’s story.

It is also very fun and exciting to watch the old familiar faces come up in the new season. Next Karate Kid’s Julie Pierce has been an extremely popular choice among fans and viewers. The same is the case for Terry Silver, the former villain. We cannot say anything from now about the exact date of December 2021 when Cobra Kai Season 4 will premiere, but we are sure that it will be revealed soon. 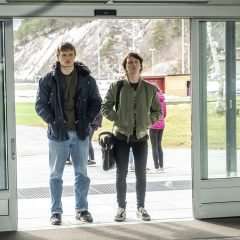 Ragnarok Season 3: Has it been Renewed for a Third Season Yet?
close