The first time the PUBG Mobile Ban Pan system was applied was back in 2019. This helped remove the hackers and the cheaters from the game. Such hackers and cheaters were found after checking the reports where the others had reported the hacker players. This initiative of banning hackers has banned around 1.5 million gamers’ accounts all over the world for the past few days. The developers shared this number and information on the official Twitter account.

The game is very popular all across the globe and attracts many players in the game. A few of them try out cheats and hacks to suppress the others, get more kills, and finally get a Chicken Dinner due to a large number of players. This method is not fair, and therefore the previous banning round of the game has removed 18,13,787 accounts permanently from getting access to the game.

More than 1.6 million players have been banned from using PUBG Mobile!!

The company shared the new PUBG Mobile Ban Pan anti-cheat report, and it shows us a list of the varying percentage of users who have been banned from playing the game any further. All these cheaters belong to different tiers; the majority of them were in the Bronze tier. This is the lowest tier in this game.

The bans that have been introduced affect all the players who had been using all the unfair means. One such hack was the auto-aiming feature, which allows the player to lock on to their enemies even when they are running. Some cheats let players see the enemies through walls and covered concrete structures. All these led to more than 1.6 million accounts being banned permanently by the gaming company.

PUBG Mobile: Hack-stats, and its fate in India

The game is still banned in India since the time the Chinese apps were taken down last year in September. Around six months have passed now, and the developers have made a variant exclusively for India. The developers are in talks with the Indian Government to relaunch the game in India. The new game, PUG New State, is not yet up for pre-registration in India till now because of the complicated scenario in the country. The fate of the game in our country is still a mystery till now. 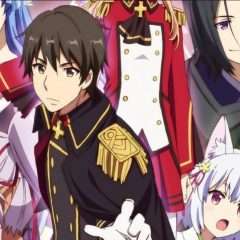