Will There be a Season 2 of 'The Hidden Dungeon Only I Can Enter'?

Will There be a Season 2 of ‘The Hidden Dungeon Only I Can Enter’?

There is a possibility of the anime series ‘The Hidden Dungeon Only I Can Enter Season 2’ or ‘Ore Dake Haireru Kakushi Danjon ~Kossori Kitaete Sekai Saikyō~.’ It belongs to the fantasy genre and is based on a light novel written in Japanese by Meguru Seto. Note Takehana is the illustrator. The anime has some playful sexual tones, which are known as ecchi and comedy.

The plot revolves around the third son of a noble, Noir Starga, who visits the centuries-old adventurer Olivia in a dungeon. Taken in by his humbleness, she taught him about the secrets of the dungeon. It brings changes in Noir’s social status and life; he becomes an adventurer himself and starts attending Hero Academy.

As we said, it has sexual references, called ecchi, which includes a sister with a complex for her brother and many women from diverse backgrounds and standings interested in the protagonist. Still, it has elements of self-awareness that add comical stuff to the anime. The first season has just ended being aired. So to know what’s in store in the second season, let’s go on and find out!!

The Hidden Dungeon Only I Can Enter Season 2: What is the Renewal Status and Expected Release Date?

The first season was released on 9th January 2021 and ended on 27th March 2021, after airing 12 episodes. The anime production house is Okuruto Noboru Studios, and Kenta Oonishi is the director, while the main scriptwriter is Kenta Ihara.

There still hasn’t been any news regarding the second season. Because of narration and animation typical to the genre, Ecchi animes usually don’t get a second season. Though there are exceptions like shows named High School DxD and Haganai, it basically depends on the popularity. Since the Hidden Dungeon Only I Can Enter has impressed critics and fans both, it seems they’ll have a season two.

Read More: Snowpiercer Season 3: When Can We Expect the Season 3 to Release?

It’s important to note that the inspiration of the anime, which is the light novel, has already been caught up with. So it seems till nothing new is created by Seto and Takahana, they can’t make a new season. Yet we hope for a miracle, and if it gets a second season, it can be sometime around 2024.

Plot: What to Expect in Season 2?

We saw in the first season the defeat of Olivia’s doppelganger by Noir, taking help from Emma, Lola, Luna, and Leila, as Noir freed his teacher. We get to know that a man requested Olivia to train him; he looked like Noir. But she turned down his request, and after the man was killed while he was protecting someone from a monster, Olivia lived with regrets.

After Noir appeared, she believed it to be her chance of rectifying her mistake, and so she started training him. Things became normal after the doppelganger was tackled. At the end of season 1, we saw Noir entering the dungeon with Olivia, with a determination to become strong like her.

We may find Noir’s shop Stardust Rarities to improve in the second season while he explores more about the dungeon. His brother Gillan might be introduced. Noir might also travel to the city where his brother lived, the City of Hornest. Mira, a treasure hunter, appeared in the last 12th episode of the first season; her role might be elaborated upon in the second season. Stay tuned for more!!

Read More: Redo of Healer Season 2: Renewal Status, Release Date, and All You Need to Know 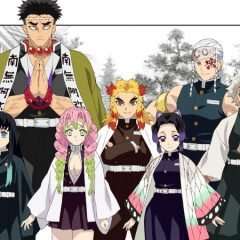 Who are the 10 Most Powerful Demon Slayers in Demon Slayer: Kimetsu No Yaiba Anime?
close