Shooting for the upcoming most awaited movie from the Marvel Cinematic Universe, Spider-Man: No Way Home has seemingly wrapped in Atlanta. Phase 4 from the MCU will have some of the highly anticipated movies in history. Black Widow will launch in theatres and Disney+ on the 9th of July. This date is exactly two years from the time Spider-Man: Far From Home came into theatres.

During that time, there was a lot of hype for the Avengers: Endgame. Spider-Man could not beat the hype, but it was a big success. The new movie of the superhero has not revealed any major or minor detail; the work will be a total surprise when we watch it.

Spider-Man: No Way Home wraps up all its work!! All the major stars who have earlier played the superhero on the screen will return for this movie. Although, this news should be taken with a pinch of salt because the reality might be different. Toby Maguire, Andrew Garfield, and Tom Holland will be present in the film and the villains such as Electro (played by Jamie Foxx)and Doc Ock (played by Alfred Molina). Along with them, the star cast- Zendaya, Benedict Cumberbatch as Doctor Strange, and Jacob Batalon will be present.

Spider-Man: No Way Home wraps up all its work!!

All the actors, including Tom Holland, have sealed their lips completely regarding anything about the film. However, as the filming is finally done, the fans might get a glimpse as to what is in store for them.

George Cottle, the stunt coordinator of the film, has posted on Instagram thanking the director Jon Watts, Zendaya, Tom Holland, and Batalon. Along with these, there was one special name that brings many expectations among the fans. It was Chris Daniels, the stunt double of Toby Maguire in the SpiderMan trilogy by Sam Raimi.

Willam Spencer, the stunt double of Andrew Garfield from the Amazing Spider-Man films, had also posted a picture on the set with Tom’s stunt double. He then quickly removed the post from the internet. So there are a lot of thoughts and expectations from the film. There is no sure or confirmed news about anything currently. Tom Holland has been adamant about Maguire and Garfield’s presence in the new film. However, a few signs state that there might be a cameo from these two actors.

Tom Holland believes that this movie will be the most ambitious standalone film in such a genre he has ever watched. This makes the fans believe that there will be something related to the SpiderVerse in this movie. How everything will be framed is not known, but now that the shooting is over, we might get to see a few glimpses. The trailer of the film will confirm the scope of the film, but it should be done quickly; otherwise, the big surprises might lose their charm. Doctor Strange in the Multiverse of Madness is also in the works and will also be coming to the theatres soon.

Spider-Man 3 Resumed Filming and Will Arrive By The Fall of 2021. Here are the Cast, Release Date, Plot and More 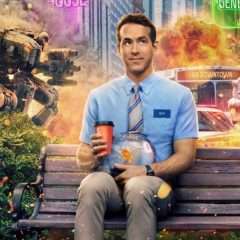 Ryan Reynolds Starrer Free Guy Review and Ending Explained: Should We Watch It Or Skip It?
close