Attack on Titan Season 4 Part 2: When Will It Release?

The studio looking after the Attack on Titan Final Season, MAPPA, has made an announcement that the season will end with ‘Attack On Titan Season 4 Part 2‘, which will come next year, 2022. It is a huge hit anime series in Japan as well as in other parts of the world. Presently people are watching the 4th season on streaming platforms like Funimation and Crunchyroll. In the United States, Attack on Titan is being aired in English on Toonami by Adult Swim. It is running a few weeks late over there. The final season is about to come, but it has been divided into two parts.

The series is based on the manga that goes by the same name. The readers who also watch the show know that a lot of things are left which are yet to be covered. The people had felt that the final season might continue in some form or the other, and now with the official announcement being made by MAPA, they are very clear about the future plans of the show.

Episode 16 of the final season has presently just aired in Japan. It was being said that this would be the final episode of the season, but then came the teaser of the 17th episode. The second part will be coming next year during the very early winter season.

The release schedules of anime usually follow a pattern of coming quarterly. Early winter generally refers to the months of January or February. The first part started airing during the latter half of December, so if the second part releases during the last weeks of 2021, it will not be surprising.

The most recent episode in the anime is Season 4 Episode 16, named “Above and Below.” The show still has around 23 episodes left for the manga to complete. The first part had adapted 26 chapters of the manga in just 16 episodes, so the second part can easily fit in the remaining chapters in around 16 episodes. But there was quite a lot left to cover, so a second part was very necessary to do proper justice and bring a proper conclusion to the show.

If they had decided to make a film to bring an end to the story, it would have been a very high-profile way of dealing with the series. The second part will have the episodes made properly to bring a proper end to the series.

Where Can I Stream Attack On Titan Season 4 Part 2?

Like the previous season of Attack On Titan, you can watch Attack On Titan Season 4 Part 2 exclusively on Funimation, Hulu, and Crunchyroll. The English dubbed version will, however going to release after the whole season 4 part 2 completes airing. In the meantime, you can enjoy all the four seasons of Attack on Titan, which is available exclusively on Funimation, Hulu, and Crunchyroll, both dubbed and Japanese audio with English subtitles.

Is there a trailer of Attack On Titan Season 4 Part 2?

Well, as of now, there is no official trailer released by MAPPA for Attack On Titan Season 4 Part 2, but at the ending credit scene of Season 4 Episode, 16 of Attack On Titan, a brief intro of the forthcoming final season was given. So here is that video.

Attack on Titan Season 4 Part 2 Plot: What Can We Expect?

Those who do not like spoilers, please skip this part.

The Attack on Titan Season 4 Part 2 will be going to resume from where season 4 had left off; at the end of season 4, we witnessed Levi beating Zeke for the one final time, and he is going to take Zeke back to Eren to get some of his answers. In season 4, part 2, Eren will probably activate the true his true powers of Founding Titan and will try to destroy the whole world. Those who have read the manga already know that season 4, part 2, will focus on how Eren from a hero will eventually become the greatest villain in anime history.

In the final act of manga, we will witness some of the most visually stunning and shocking moments of all time. It will also show some of the most emotional and full of emotional and heartbreaking moments. We will see some of the major character deaths at the end of season 4, part 2, One being Eren himself; at the final act of the series, he will be killed by her lover Mikasa. You can read about the whole of Eren’s death in one of our previous articles discussing the whole chapter 138 of Attack on Titan Manga ending.

How Did Eren Die in Attck On Titan? 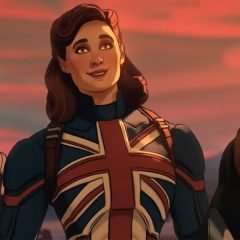