The film Black Widow from Marvel, Originally set to be released on May 20th, 2020, this Scarlett Johansson superhero biggie has been postponed thrice due to the pandemic.

Marvel decided to bring this superhero film with Scarlet Johansson in the leads after their immensely popular Avengers: Endgame in 2019. The film is expected to add a boost to the theme of woman power, but it seems fans have to wait to witness the magic. The film is now slated for a release on July 9th. This postpones the release for two months. Cate Shortland is the director of the film.

The film will be concerned about the protagonist Natasha Romanoff and her superhero alters ego, Black Widow, played by Scarlett Johansson. She tries to unravel the mystery of her life by tracing the past.

She spoke about her role as the Marvel character and her long association of a decade with MCU. According to her, the role has evolved over the period of 10 years. She has grown up to be a more practical personality, more flexible, and naturally a leader. She functions by knowing all the shades of the universe and is brave.

The current avatar of her role shows her more grounded and realistic and Scarlet as a person has evolved in the last 10 years in the same way. She is happy with how things are going together. 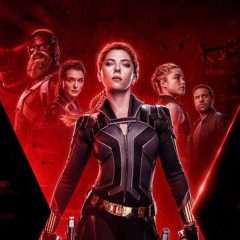