Why Flashpoint is so Important In The DC Universe?

One of the significant news that has come out of San Diego Comic-Con during the previous month was that The Flash movie is now given the title Flashpoint. The movie had earlier received its release date in the month of March 2018. Two directors had departed post the date was decided, and the movie has not come out or been appropriately made till now.

Flashpoint has established itself in DC’s ultimate storyline. If by any chance you need a run through the tales, then carry on reading the article. There will be some details on the adaptations that have been made previously and that Flashpoint might bring in to change the course of DC’s universe.

The Main Story behind Flashpoint

Earlier in The Flash: Rebirth series, Geoff Johns had revised Barry Allen’s history regarding his mother, Nora Allen. She was killed when Barry was a child by Barry’s future arch-nemesis, Professor Zoom or Eobard Thawne. When Barry Allen had grown up, he knew that changing the past is very difficult and dangerous, so he did not attempt going back in the past. But one day, Barry woke up and saw that his mother was still alive. This was not any parallel reality or anything; it was a totally different timeline: the Flashpoint.

A few other changes had also occurred because of the Flashpoint: Bruce Wayne had died in Criminal Alley on that lethal night. This led to Thomas Wayne becoming Batman and Martha Wayne becoming The Joker. On the other hand, the clash between Wonder Woman and Aquaman led to the destruction of London and Themyscira. Kal-El had not landed in Smallville; he landed in Metropolis as a baby and was imprisoned by the government. So neither was he raised by the Kens, nor did he become Superman. This led to Cyborg becoming the biggest superhero of the United States.

There are many other happenings on this list. Only Barry remembers how the timeline is supposed to be, and he is set to fix everything before the main timelines get faded. Barry persuades Thomas Wayne about the fact that Bruce is alive in the actual timeline. Both of them bring together Shazam, Element Woman, and Cyborg to help them get back in the main timeline.

All these events led to a big battle between Aquaman’s army, Wonder Woman’s army, and The Resistance. This is where the twist had dropped in. Barry knew that Professor Zoom had changed the timeline because he had left his yellow suit in Barry’s Flash ring. But as the battle was going on, the Professor showed up and reminded Barry that it was Barry himself who had actually created the Flashpoint when he had gone back to save his mother. During that time, Barry caused a change in the lives of everyone who were close to him. It had altered all their lives for the bad. Now, as the world is on the verge of destruction, Barry decides he has to go back in time and fix it somehow.

Why is Flashpoint important?

Flashpoint is a tale about an alternate reality in the world of DC. Gal Gadot as Wonder Woman, Jason Momoa as Aquaman, Ray Fisher as Cyborg in the movie could make it even more worth it. This movie allows exploring with the timelines and makes several changes to them, The New 52. Flashpoint will totally deal with Barry Allen just playing along with the timeline to make things better.

With the New 52 reboot, which has made things very clear for the DC universe, the changes will not be shown very vast in the movie. But what will happen when Barry Allen actually undoes the Flashpoint?

The first thing that will happen is a shift in tone. Batman V Superman: Dawn of Justice was considered a very dark movie by a few, and Justice League has just paved the path correctly for the upcoming DC movies. In this way, even this could help shower light in a few corners of the mythology. 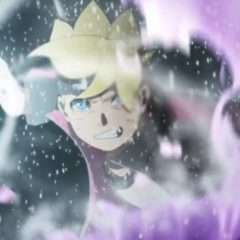