The Superman and Lois Episode 4 is going to release soon, here we have leaked spoilers that may excite you more for these episodes. Before that, we need to note that the ending of the third episode took place with Clark and his sons being at a cross-over difference of views. Not only is Jordan’s powers increasing, but they are also growing up and setting a boundary with the world.

So let’s go on to read to find more.

Recap Of Superman and Lois Episode 3:

The third episode was titled “Perks of not being a Wallflower”, Clark is called for duty where he saved many lives by preventing a bridge fall. The family was engaged in a discussion about true identities at the dinner table, by Clark. Later when at the farm, he gets complaints of Jordan engaging in a fight with his boyfriend of Sarah in school. Then he brings them home but they are angry with their dad.

Clark is persuaded by Lois to see their children’s end of things, the former promised to never listen in to them. Then Loin was spoken to by a lady at her work, who was angry on Morgan Edge, accusing him of her son’s death. They were being spied on by a man outside the building. On the other side, Sarah meets Jonathan and Jordan at dinner, after school and shares everything about her downhill life, due to which she consumed pills. Even things are troublesome between her parents too. Lois finds one of their cars set to fire, outside the office while according to Kyle this has been done by Edge.

Lana talks about Jordan to Clark saying he is really good at football, seeing him at the sport, arriving at school. Due to his nature, Lois and Clark want him to stop playing football. Then Jordan tries to convince Clark to let Jordan play the sport. On the other hand, Lois goes to talk with the woman who accused Edge of killing his son. But she was late in understanding that it was a trap, and she was locked.

Lois fights with a man who is the same one outside the office along with a camera. Superman comes in and knocks him out. Lana and Sarah get to share a close conversation with each other. Towards the end, Jordan gets permission from his dad to play football, provided he keeps himself controlled, also will be guided in the sport by his dad. In the end, a woman is seen killing a man in his car, while fire blasts out of her eyes.

The title of the fourth episode of Superman & Lois is ‘Haywire.’

Morgan Edge is seen to talk with Mayor Dean and Kyle Kuching, by Lois and Chrissy. Hence his fake motives of taking over the town are clearly shown. At this time, Lois is assisted at a meeting in a town hall by Clark.

The fourth episode is set to release on the 16th of March 2021, Tuesday on The CW.  Conforming to the pattern, one episode will be shown every Tuesday.

The fans wanting to watch the show can do so from The CW app or their official website. But in the case they want more options, one can always opt for live TV websites, some of which are DirecTV, Youtube TV, and Fubo TV. The show can be bought or rented on VOD platforms like iTunes, Vudu, and Amazon Prime Video. 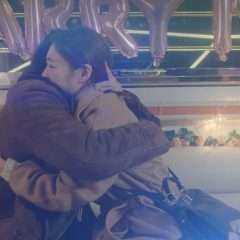