The forthcoming movie Borderlands will be going to cast the talented Ariana Greenblatt in the role of Tiny Tina. Ariana Greenblatt, in the past, has worked in projects like Avengers: Infinity War, where she portrayed the character of young Gamora, and many other Disney projects. And she is all set to return in the upcoming film Borderlands, where she will voice over the character of a loud-mouthed pre-teen. The 13 years old will join the likes of Jack Black, Kevin Hart, Cate Blanchett, and Jaime Lee Curtis, who are already part of the project.

Apart from Avengers: Infinity War, Ashly Burch previously also lent her voice to many video games such as Life is Strange, Horizon Zero Dawn, and The Last of Us 2.

Talking about Tiny Tina’s character, she is a teenage explosive expert; her parents were sold to Hyperion, where they were used as guinea pigs for lab experiments, which eventually resulted in their deaths. So she is vowed to take revenge on Flesh-Stick, who was responsible for selling her family. The character was first introduced in Borderlands 2 game. Later on, it was also noticed in Borderlands: The Pre-Sequel and Borderlands 3.

Eli Roth will direct the movie, and Craig Mazin will write the script for it. The Borderlands movie doesn’t have a release date yet, and it is expected that the shooting will start soon. Borderlands is considered one of the most successful video game franchises.

Around 68 million copies were sold in the first part, 24 million in the second installment, which introduced Tiny Tina’s character. The film’s plot hasn’t been disclosed yet, nor has any trailer been released so far, but we can expect some news from the studio soon. If we receive any new updates regarding the upcoming ‘Borderlands’ movie, we will keep you posted. Till then, stay tuned to MediaScrolls. 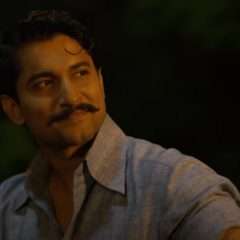