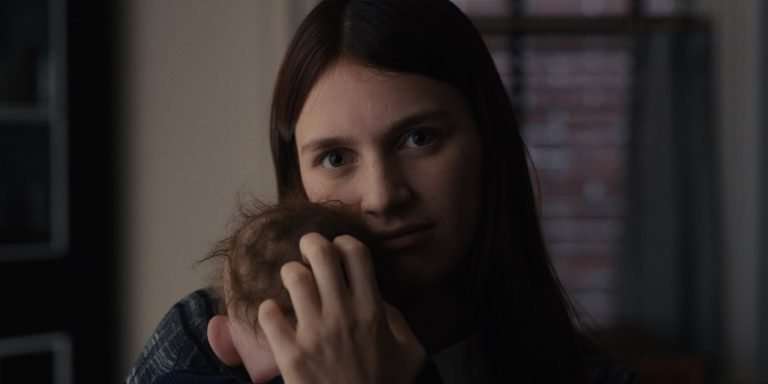 Servant Season 2 Episode 8 Release Date and What to Expect?

Servant Season 2 Episode 8 Release Date and What to Expect?

Season 2 of Servant is all about Dorothy’s desperation to find Jericho, and for this, she tries every trick to know the truth about it. So far, the seventh episode of Servant season 2 dropped on Apple TV + and provided us an obvious idea about the situation and events happening between Dorothy and Sean’s lives. After George arrives in the sixth episode, we expect a strange story to be continued in the upcoming episode of the second season. So, let’s know what to expect from Servant Season 2 Episode 8 and when it is likely to hit the screens?

This episode of Servant season 2 is scheduled to be released on 5th March 2021 on Apple TV+ at 3 a.m. EST. According to the GMT, the usual time is 8:00 a.m. Every Friday witnesses a new episode that drops up. Therefore, there is not much wait for the fans.

If you are searching to find the best way to watch this upcoming episode online, then head onto Apple TV+ official website or use the application. You can avail of a free trial of 7 days offered by Apple TV+. When it ends, you can continue watching it with a paid subscription that costs $4.99 per month. For the time being, it is not available on any other platform.

Servant Season 2 Episode 8: What to Expect?

Several questions are ultimately leading to many predictions. In the previous episode, we saw the police in the house because of the mysterious events taking place, so will they return in episode 8?

George is pretty convinced that Leanne will try to understand when she will watch the videotape. What will this mean for her in the upcoming episode? Further, will Sean’s hand will heal because of using the food potion of George?

Sean applies the paste on his hand that George prepared. Dorothy now thinks of using her own steps and follows the ways to investigate and find Jericho as she believes that the cult is included in the murders. We could also expect a confrontation between George and Leanne is not in the favor to approve her to use her own ways.

Leanne is emotionally hurt as a young boy. Sergio Marino has been killed with whom she was close. Police arrived at the house to investigate and asked Dorothy about the connection with Leanne. To avoid George being caught by the police, Julian and Sean hide him in the kitchen.

Meanwhile, George gets completely out of the zone but then returns when a parcel arrives for him that contained a videotape. He is eager to show this to Leanne. As the shooting happened in a house so, George started believing that it was caused because of the disobedience from Leanne at that residential house. Apart from all this, Leanne starts punishing herself by using a whip.

Servant: What is it About?

The servant is a psychological horror TV series written by Tony Basgallop. It is an American series that was released on 28 November 2019. It follows Dorothy and Sean’s journey, a couple from Philadelphia who hires a girl, Leanne, who will serve as the nanny of their son, Jericho.

Till now, it has come up with two seasons and comprises 14 episodes. It comes under the genre of psychological horror, drama, and thriller. The main cast includes Lauren Ambrose as Dorothy, a news reporter at local television and wife to Sean.

Next, the series has Nell Tiger Free as Leanne Grayson, who plays a young nanny hired by the couple. Toby Kebbell is playing the character of Sean, Dorothy’s spouse, and is a consulting chef. Finally, we have Rupert Grint as Julian Pearce, brother, and brother-in-law of Dorothy and Sean.

As the finale is very near, it is sure that this episode will reveal something new. Unlike the first season, fans are expecting answers to all the cliffhangers.