The Boys Season 3 Will Feature More Plot Twists and Climax

The Boys Season 3 Will Feature More Plot Twists and Climax

The Boys Season 3 Updates: The boss of The Boys shares an update that gives us an assurance that the 3rd season might come soon. The question is, when will the new episodes land on the internet for the new season. The 2nd season of The Boys left many questions unanswered.

It has been confirmed that the shooting for The Boys Season 3 is on. Very soon, we might get to see a trailer. Eric Kripke, the showrunner, posted a major update on Twitter, saying that he has gone crazy after being quarantined in Toronto for 2 weeks. He had come live on Saturday, 2 PM in the afternoon to discuss the screenplay writing tips of The Boys.

With the return of the series, we all are very excited to watch Homelander, Billie Butcher, Starlight, and Hughie Campbell back on the screens. It is being said the Season 3 might come within the next 12 months.
If you want to know what will be the content of the upcoming series, it will be based on the infamous Herogasm tie-in miniseries derived from authentic books. Kripke gave this fact confirmation. The Seven and the other Vought heroes will move to a secret island, as mentioned in the comics.

We are not really sure about what the exact content will be. One thing is for sure the new season will have a lot of twists and answers o a lot of questions. The first and second season of The Boys is available on Amazon Prime. 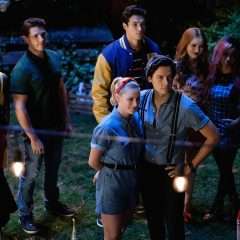 Riverdale Season 5 Episode 12: Release Date, Spoilers and Where to Watch It Online?
close