The fourth movie from the Thor franchise, Thor: Love and Thunder, will be released on the big screens on the 6th of May, 2022. Although Marvel is standing at a unique spot due to The Black Widow’s delay, Taika Watiti’s Thor: Love and Thunder are receiving much more craze from the audience. After the Avengers: Endgame, the fourth Thor movie is getting a lot of excitement. The sequel is supposed to have many familiar characters, including Valkyrie, played by Tessa Thompson. Tessa has been a part of several interviews regarding this film, which has helped to find several specifications about the upcoming blast, Thor: Love and Thunder.

Valkyrie: The First Queen of Asgard

Valkyrie has been regarded as the “ New Ruler Of Asgard” after Thor had left his duties. The actress behind the role mentioned the humorous script as well as the music department for the film. Tessa has also mentioned the new characters, and it is a surprise that Christian Bale is going to play the role of Gorr, the Butcher God.

The movie also marks the return of Jane Foster, which is played by Natalie Portman. The director has officially confirmed that Jane Foster would be later announced as the Mighty Thor.
Jaime Alexander’s Sif is also going to have a comeback.

Regarding the music department, Thompson’s comments to MTV News are making fans search for the themes. But it will surely take them a little more time to solve the mystery. The sounds are going to be filled with bops, according to the actress.

Is Valkyrie going to have a Love Affair in Thor: Love and Thunder?

Valkyrie’s character is expected to be strong and meaty, which is why she can be considered the New Ruler of Asgard. Valkyrie was also seen as the Asgardians’ female figure, who were all ready to battle against Thanos. She was seen to destroy a Chitauri Leviathan in the process. But apart from being a ruler, the character is also going to have her own love affair in the upcoming film. The partner has not been revealed yet. The movie’s title and the Oscar-nominated director, Taika Waititi, have confirmed that love will be regarded as a major theme in the blockbuster.

Most of the shooting has been taken place in the Fox Studios and Moore Park. Many of the other shots have been taken in Sydney, New South Wales, and Australia. The filming began around the year 2020 but is supposed to be done by 2021.

The main script is taken by the MCU Comic Strips only, written down by Stan Lee. The movie was announced at San Diego Comic-Con 2019, along with the official logo.

The film is expected to have a lot of entertainment and emotions, according to Tessa Thompson. So the film can be trusted to deliver a heartwarming message, which all the MCU fans will definitely agree upon. 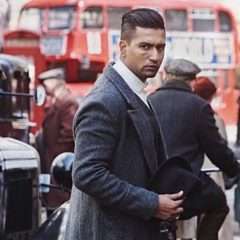