Insecure Season 5 Has Been Announced For A 2021 Release

Insecure Season 5 Has Been Announced For A 2021 Release

The fan’s favorite Insecure season 5 has announced its fifth sequel. Cast members will mostly the same for the upcoming season. Insecure has already completed 34 episodes and waiting to launch more than 10 episodes in season 5. To know more about the comedy-drama series, read the article till the end.

The Cast For Insecure Season 5 will include the following:

Insecure is a popular American comedy-drama television series. The drama is created by Issa Rae and Larry Wilmore.

Its story is partially based on Rae’s acclaimed web series Awkward Black Girl. The series premiered for the first time online on September 23, 2016, via HBO Now and HBO Go. This was before premiering weekly on HBO from October 9, 2016.

And on August 8, 2017, and then HBO renewed the show for a third season, which ultimately premiered on August 12, 2018. On September 6, 2018, HBO renewed the drama for a fourth part, which premiered on April 12, 2020. In May 2020, the series was renewed for a fifth season, which is mostly scheduled for 2021 or 2022 release date. Till then, stay connected with us for more updates regarding the upcoming insecure season 5. 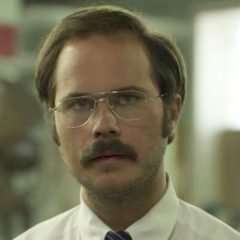 Will BTK Killer’s Story Be Followed on Mindhunter Season 3 If It Gets Renewed?
close