The successful Australian television drama show is planning for its season 3. The show makers are set to release it in 2021. Fans of Harrow can have a breathtaking series waiting for them. The medical-investigation series is all set with his lead protagonist for the upcoming season. To know all the other details from the show, read the article till the end.

Read: The Falcon and the Winter Soldier is Set to Premiere in March 2021

Harrow series season 2 aired on May 12, 2019, on Hulu. The series followed the same date on ABC in Australia. With 10 episodes of the series aired, Harrow wrapped up with the episode on July 14, 2019.

Soon after the series 2nd season ended, fan’s responses were rating high for it. And looking into the hugely positive reviews from fans, ABC renewed for the upcoming season. Star Ioan Gruffudd has also directed one of the episodes of the series season 3. Although the series has not been confirmed yet for its official release, it’s expected to be aired in May 2021.

Harrow series is an Australian television drama series. It airs on ABC in Australia and on Hulu in the US. The series is written by Stephen M. Irwin, and Leigh McGrath created and produced it. The series story follows the different adventures of the protagonist Dr. Daniel Harrow who is a forensic pathologist.

He somehow manages to handle the situations and be the winner in concluding the criminal cases. Harrow is mostly known for his mind and genius mentality, which helps him while interrogating major bizarre cases. The series was filmed in Brisbane, Australia, including some of the offices.

The laboratories shown in the series are from the former Brisbane Dental Hospital and College. In the US, Hulu has the rights to stream the show for both the latest and future seasons. Harrow series had enjoyed a successful launch for its two previous seasons, which is also expected for season 3.

Till then, stay connected with us for more updates regarding the upcoming updates coming from Harrow season 3. 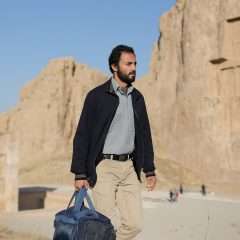