The official release date of Code Geass: Z of the Recapture is officially confirmed for 2021. We will be watching the series for the upcoming year, as reported. However, the series’ title is described as a new anime series instead of Code Geass R3 or Code Geass Season 3.

Fans have been expecting these titles, and finally, the official announcement for the upcoming Code Geass: Dakkan no Z was made on Lelouch’s birthday. The series is compiled up of live-streamed unveiling event for new Code Geass projects. It has announced the latest anime series along with a brand new smartphone game on Saturday, December 5, or we can say on Lelouch’s birthday. To know more about the upcoming series’ release date, read the article till the end.

The Code Geass: Z of The Recapture Anime Series Updates

The all-new code Geass: Z of the Recapture is directed by Yoshimitsu Ohashi, Amnesia, Galaxy Angel, and Sacred Seven. Once more, Takahiro Kimura will be designing the character’s role based on CLAMP’s original character designs. Ashtrays are going to design the Knightmare mecha for this one. Sunrise, Ichiro Okouchi, and Goro Taniguchi will be crediting the story so far.

Read: Outer Banks Season 2 Will Be More Exciting and Fun Than The Season 1

Code Geass: Z of the recapture is the upcoming smartphone game that assembles Lelouch, Akito in the lead with other characters. The anime will allow the players to have the best way to experience for completely new and different stories what they have never seen before in any of the franchise. Code Geass: Z of the recapture gameplay includes both the role-playing game and simulation elements.

The Code Geass: Z Of The Recapture Game Updates

The all-new game is scheduled to launch in the spring of 2021. So the upcoming year will be fans exciting year as the franchise is uploading game mode for the anime. Well, this time, all the series developers have made a grip to launch a game titled “the official sequel to the Code Geass franchise.” The game will include characters in it.

The credits of the original story are still with Sunrise, Okouchi, and Taniguchi. The anime series executive supervisors are Okouchi and Taniguchi. CLAMP is also the reason for the original character designs in the anime. Kouhei Azzano, Ao Jūmonji, Bisui Takahashi, and others will be seen as drafting arc’s story scenarios for each other’s. 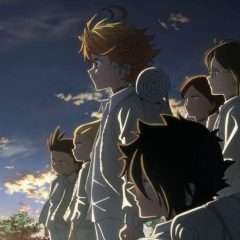