Warner Bros has revealed that most of its 2021 movies will be made available exclusively on HBO Max. But the catch here is that the films will be available only for one month from their release date—the good news for all the fans looking to get a subscription to HBO Max. You will get free access to these new releases of Warner Bros.

Because of the ongoing coronavirus pandemic, many theaters and film shootings were forced to shut down, and the cases have now increased to a serious margin. But still, many theaters were resumed showing films in late August and early September to increase the business. Sadly, things didn’t go through as well, particularly in the U.S, where the COVID-19 spread has never stopped.

As with the new Covid-19 wave is also going on. As the new cases continuing to spike daily, now the theatrical releases such as Tenet and New Mutants also faced major losses commercially, thereby forcing the studios to delay the launch of some particular movies even more. Several highly-anticipated projects planned to get released during Christmas and New Year have now been pushed back to Mid 2021.

Why has Warner Bros taken this decision of Releasing all their movies on HBO Max?

As we all know, most filmmakers and producers are looking to release their films on OTT platforms to avoid the major loss they will face for theatrical releases. So The Warner Bros is now also planning to release all their major releases on the new OTT platform, HBO Max.

I got you something ✨nice✨ this year:
🎁 The biggest movie premieres
🎁 In theaters and on HBO Max the exact same day
🎁 Beginning December 25 with #WonderWoman1984#HBOMax #WBPictures https://t.co/BZgFFRrrg2 pic.twitter.com/J2KBdWd9Tf

According to our sources, almost the upcoming 17 films of Warner Bros will now be releasing on the OTT platform. They will be available exclusively from their release date. Among the upcoming releases, Wonder Woman 1984 will be released on HBO Max Christmas Day. And among the major upcoming releases such as Godzilla vs. Kong and Tom & Jerry will also be available only on HBO Max.

READ MORE: Top Gun: Maverick: Is It Releasing In The UK This Year?

Here is the list of the next 17 upcoming movies that will be available exclusively on HBO Max.

As of now, Warner Bros is convinced that the films won’t be released theatrically in 2021. According to Medical Experts, theaters won’t be safe as the cases have been increasing rapidly until and unless the Doctors find a way to cure this Covid-19, the Theater release will not be good for people.

As HBO Max, one of the new OTT platforms on the market currently is expected to see some massive rise in subscriptions because of their top quality content, that is maybe one of the reasons why Warner Bros is thinking of this as an option of going forward as this will certainly will give them an edge over their competitors in the OTT Release and Views. And that will also help them do good business even during such tough times.

As of now, it seems HBO Max has a clear-cut advantage in all the crucial aspects. Although this new strategy from Warner Bros is expected to last only for a year, that seems a pretty good deal for the fans as they will be able to witness all the upcoming big releases from Warner Bros exclusively in HBO Max. 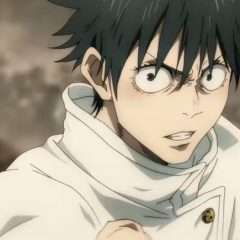 Jujutsu Kaisen 0 Release Date, Spoilers and What to Expect?