So Kissing Booth fans are going to have a week breaking news for them. Altogether a lot of information has come out recently from actress Joey’s speech at an award show. Fans get ready for the Kissing Booth sequel again to hit their device soon.

During a speech at the 2020 E! People’s Choice Awards, Joey King has uncertainly revealed that The Kissing Booth 3 will be happening over Netflix soon. It’s said that it will be in Summer 2021, which is exactly one year after the series debuted.

So we know it’s not over any official confirmation but Joey accepting the series sequel is a big hint or a point to catch up from them. All the fans wanting to know about trailer updates, who will play for the upcoming sequel, plotline, and much more must have to read the article. We have shared the details about the upcoming season three of our favorite Kissing Booth.

Has The Kissing Booth 3 decided their official release, Or will we have to wait longer than expected?

The Kissing Booth Season 3, as of now, hasn’t released any official date till now. However, it’s Known that the sequel confirmation came out when Joey, Elle of the Kissing Booth, accepted her role for the upcoming season during an award ceremony.

She accepted this after receiving the people’s choice award for her role as Elle. We know that Netflix usually announces release dates before two to three months of the premiere. The Kissing Booth 2 release date was officially announced in May, which was two months before the July 24 official release.

Thankfully we have collected info from Joey’s award speech that will be coming soon in summer 2021. Not trailer updates have been provided from Netflix as well. It’s because Netflix trailer updates are given a few days before the premiere.

So we can expect that both the releasing date and trailer updates can be shared up to next year’s summer. Till then, we have to wait for fans a bit more.

We know that both season characters of The Kissing Booth were the same, and fans have enjoyed their pairs a lot. Elle and Noah’s love can be felt from the screen this time as well. Yes, it’s also known to the show makers that the Kissing Booth seasons one and two were phenomenal actors, and fans loved the show for them.

They both have relatively made the college life love of this age over the screen very well. This time also, our on-screen lovers Joey King as Elle and Jacob Elordi as Noah with Joel Courtney, Taylor Zakhar Perez, and Molly Ringwald are returning back for the show.

Fans are undoubtedly now getting more goosebumps for the release date. The Netflix sensational show is going to come up soon. We will update further info if released as well. 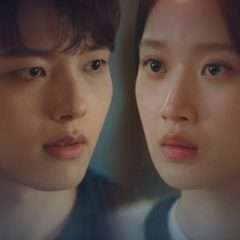