Recently some reports suggested that Apple is trying to develop its first foldable smartphone. Actually, this is not the first time we have received such information; previously, some leaks suggested that Apple is currently working on Foldable technology and will launch it’s first foldable soon. The company looks to launch its new set of one of a kind foldable smartphone in September 2022. Apple has not confirmed anything on this, but the latest rumors suggest that the company is already developing this new technology and getting some foldable iPhone testing samples from a Taiwanese factory.

Apple has already signed a deal with big companies like Hon Hai and Shin Nikko, and it is expected that Apple will use an OLED or a Micro LED for the Display Panel of its new foldable smartphones.

Shin Nikko will be the OLED/ Micro LED display panel supplier. Hon Hai company will assemble these foldable handsets as the company is reported to be one of the largest factories of Apple’s iPhones.

Nippon will procure the foldable iPhone’s bearings, and Apple will heavily rely on the Taiwanese company’s research and development for the foldable hinge. The smartphone will also require some rigorous folding experiments. The reports suggest that the past foldable phones have experimented with over 1,00,000 times for durability and stability.

Discussing more the display panel, there have not been any revelations about how the smartphone’s foldable display will turn out to be. Still, we can assume that the display will be a single connected display when opened. We might not see a separate display panel for Apple’s first foldable smartphone. The leaks further inferred that after the foldable phone, Apple might discontinue the iPad Mini production because they are planning to build a hybrid foldable iPhone this time, which will look much like the iPad mini. But this news is not official, yet we still have to wait for an official word on this.

Apple’s First Foldable Smartphone: When will it Launch?

We don’t know for sure when the first foldable smartphone of Apple will be launched, but as per the reports, it will most probably arrive by September 2022. Apple has a reputation for launching only top quality products by eliminating most glitches; that’s why the first foldable smartphone’s release date seems too far fetched. For more such interesting updates, stay tuned to MediaScrolls.

Read More: Xiaomi Mi 11 Will Be Powered By Snapdragon 875 Chipset Information Pops up On Geekbench. 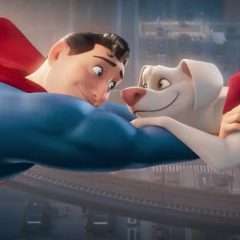