Apple always works over some new and innovative ways to manage its product variables. However, last month or over the year, Apple has released numerous models that didn’t have reached the market rate very well. But this time, all new collaborations of Apple with ATIS are launching into the world. This will introduce the new network era of 6G.

Such a wide networking event will happen as 6G isn’t much handy to any other companies to date. Once announced, all Apple users are getting more excited to know various specifications and product details from Apple.

However, no such model is declared to be released with this network facility. But to know all other specialized details and how well it will work is shared from this article. So for all excited users, read the article till the end.

Apple With ATIS Working Towards 6G

Apple announced a giant gift for Apple users this month. The coalition of Alliance for Telecommunications Industry Solutions (ATIS) and Apple has become the major game changer of tech platforms.

The upcoming updates from Apple drop to join the Next G Alliance to innovate the next generation of mobile technology. Yes, it isn’t a dream now as Apple has combined with ATIS to launch the dream network of 6G into their devices. It’s a really great combo and a big deal of this year.

By backing from the ultimate top point of US and Canadian operators, Ericsson and Nokia and more others, ATIS group was launched last month. The new post updates from Apple with ATIS aims to build up North America as a powerful tech world in 6G era.

According to a statement given by ATIS says that this is designed to establish a foundation for an enormous marketplace for the North American technology world in future generations of mobile tech where the upcoming G Alliance is the name to set up the North American primary goal to achieve the 5G developments to 6G. Well, this development will be a shocking release from Apple as well.

The all-new 11 groups collaborated to mark 5 new levels: research and development, manufacturing, standardization, and market readiness. According to them, these reaches are easy to have at all, but once they are done, this can be the world’s most renovated product into the tech world.

This group will be holding up a group meeting on November 16 of this year. To proceed with their work schedules and set the initiative, they are planning to have some strategies to look into further. Apple is excepting a higher response with these current updates. Well, nothing is assured for review to date.

Please stay connected with us for more updates regarding the upcoming collaborating release from Apple and ATIS. And for more such interesting updates, keep following MediaScrolls. 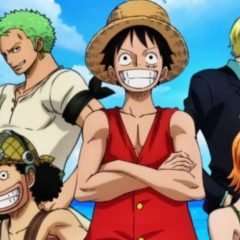 One Piece Episode 988: Release Date, Spoilers, and What to Expect?