Deathloop Will Going To Release On PS5 and PC On May 2021.

‘Deathloop’ after being delayed by 2021, finally Arkane Lyon and Bethesda have stated about the game’s release date. The game is officially coming to PS5 and will be going to release on May 21, 2021. The pair revealed this piece of information along with that the game will be available exclusively on the consoles after its launch.

The new release date of the Deathloop game was announced with the trailer below. The trailer showed stunning gameplay, visuals, and graphics. We’ve seen from Arkane and Bethesda in the past as well. In short, the trailer gives the enthusiasts a bit of information on what they can expect out of Deathloop when the game launches officially.

‘Deathloop’: When Will It Release?

Of course, as we discussed above, the game will probably be available on PS5 from May 21, 2021. A NewZealand Playstation Store has listed the game as having a May 20, 2021 release date. In the ‘launch date revealed trailer’ above, we witnessed the release date mentioned as May 21, 2021. So we think that it is official the game will release on the mentioned date and will be available for PS5 and PC.

The pre-orders will go live more quickly, and it is just a matter of time before we get an official word from them. And if we receive any updates from them, we will update this portion of the article.

‘Deathloop’ Game: What is It about? and What’s the Story?

Well, for those who haven’t played the game yet, the action-adventure game is about a player by Colt’s name, who is stuck in time-loop, and now he has to face expert assassins to end the time-loop. Colt’s mission is that he has been tasked to assassinate eight targets across the island before midnight, and if he fails to do so, the loop will restart once again, and he will have to repeat once again.

The players have to use stealth mode, parkour, and attack skills to take out guards and kill the targets. The game also features guns, melee attacks, and much other stuff. Colt’s main aim is to learn the pattern of his marks first then figure out an efficient and effective way to eliminate them using these weapons.

The player will get the option of selecting this character. If they do so, He/She will enter a random player’s room, and then he/she has to interfere with their game and have to take out or stop Colt from completing his mission.

The multiplayer portion of this game is optional, and if the players want, they can prevent others from using Julianna’s role in their game. But if you’re going to make it more difficult and fun, you can enable this option. It depends entirely on the players. And if you don’t allow this option, then a computer-controlled Julianna will try to stop your Colt instead.

These are all the Updates we had on the Deathloop game. For more such exciting updates on the game, Tv-Shows, Movies, and Anime stay tuned to MediaScrolls.

Read More: PlayStation 5 will be available for the Players from PS4 Console via Remote Play. 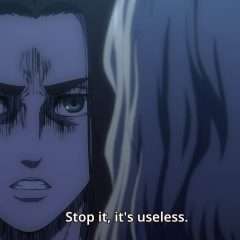