The PUBG Corporation, the creator of Player Unknown’s Battlegrounds and a subsidiary of South Korea’s Krafton, recently announced that it is preparing to launch the PUBG mobile game back, especially for the Indian crowd. The Indian government previously banned the game in 2020 itself. The PUBG Corporation has also announced that it will promote a safe and healthy environment for the players. It will also help the country to invest in local video games, sports, and entertainment. The release date has not been announced yet, but it is expected that the game will be available in the Play Store very soon.

The Corporation has specific aims so that there will be communication with players and specific localized services. One hundred employers have been granted jobs that will specialize in business, sports, and development. This shows the strengthening of gaming services at this point. Krafton Inc has planned to spend $100 million on the game. It will also be hosting India-exclusive sports events featuring big prize pools, big tournaments, and big productions.

The in-game content will be tailored to reflect local needs, which are mainly designed for Indian gamers. The game will be set in a virtual simulation training ground, entirely new clothed players, and reflect the game’s virtual nature. It will also include a feature that places game time restrictions to promote healthy gameplay habits for younger players.

PUBG Mobile was banned in India under Section 69A of the Information Technology Act on the 2nd of September 2020. The ban was that the app has been engaging in activities that are prejudicial to sovereignty and integrity, defense, and security of the country and mainly because it was an app created by China. The prime minister also suggested that the game is too violent and has hampered children’s and teenagers’ lives.
The country was pretty disappointed with the banning of the game. Thus, the announcement of the game has been considered pretty good news for the whole country.

After the announcement, all the social media sites went crazy people celebrated with memes and jokes related to PUBG. Here are some of the funniest meme tweets we came across on Twitter.

After watching #pubgmobileindia is coming back

Although PUBG Corporation is yet to announce the Launch Date of PUBG Mobile India, it seems that the gave will arrive with a completely different version than the previous one. This time the name will be something like PUBG Mobile India. And for data protection for which the game was banned previously, now has announced their partnership with Satya Nadela’s Microsoft in a bid to ensure the data protection and safety of its users. Previously it was banned under Section 69A of the Information Technology Act due to a military standoff between India and China continued in eastern Ladakh. 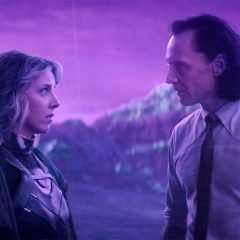