PlayStation 5 now can be available for the Players from PS4 Console via Remote Play.
Joydeep Ghosh·
Tech
·November 13, 2020··2 min read·0

PlayStation 5 will be available for the Players from PS4 Console via Remote Play.

“Now, in addition to that being able to get accessed by your PS4 or from a PC or a mobile phone, your PS4 now can also access other consoles via Remote Play too, right on your TV. This combines the ability to connect to your PS5 and run a PS5 game to your PS4 so you can play it there,”

The Remote Play feature will support up to three additional users to join and enjoy the session. This will now allow the gamers to experience local multiplayer games via Remote Play.

Through the remote play feature, Sony has also announced that one can play any PS 5 games in Android smartphone or tablet devices operating on Android 5.0 or higher. The users can again play games on any iPhone or iPad running iOS 12.1 or higher and compatible PC or Mac through this remote control feature.

PS5 gas now has also developed Parties’ concept into a dedicated hangout space for the players and their 99 friends over the PS4, PS5, and the new PlayStation app for android and apple devices.

More than 99 percent of the 4,000+ games that will be accessible on PS4 now will be playable on PS5 as well. Moreover, selected PS4 games will see improved loading speeds when played on PS5 and will also enhance Game Boost.

While The XBOX Series X was released on Tuesday now, the PlayStation 5 has also been released on Thursday in Japan, Australia, New Zealand, Mexico, South Korea, and North America. For PS 5 India release, we have wait till 19 November 2020.

And for those who are wondering what about the price of XBOX Series X well, we have information on that the XBOX Series X in India will cost you around Rs. 34,990/-. Originally, it was announced for a price of Rs 49,990/- but later on, it was stripped down to Rs. 34, 990/-. In other international markets, here is how much XBOX Series X costs compared to India: 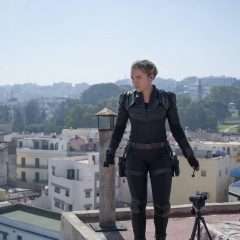