Grey's Anatomy Season 17 kicks off with a shocker (via NBC)

One of the most anticipated returns of this year, Grey’s Anatomy, finally made its way, surmounting all the difficulties in its path. The seventeenth season kicked off with a major shocker, and fans are already excited to see what lies ahead in the upcoming episodes.

Things have been rough for the entertainment industry because of the spread of the Covid-19, and Grey’s Anatomy has suffered greatly. Season 16 of the hit medical drama had to conclude a little earlier than planned, but thankfully, that didn’t stop the team from finishing their work on season 17.

Grey’s Anatomy Season 17 kicks off with a bang:

As revealed earlier, season 17 kicked off with the doctors and the staff of the Grey Sloan Memorial doing their best to keep everything under control amid the Covid-19 pandemic. The episodes portrayed the harsh reality of the current world, and fans saw Meredith Grey greatly affected her long duties. Her body couldn’t cope with the stress, and she lost consciousness in the parking lot; however, found by Cormac Hayes.

In the next scene, we see Meredith stranded on a beach, where she sees Derek waving at her, calling out her name. Fans were shocked and happy to see Derek and Meredith’s dream reunion, and according to the showrunner, ‘it all came together quite beautifully.’

Krista Vernoff said that for season 17, the most important task at their hand was to depict the reality of the current situation amid the global pandemic. Their main aim was to honor the impact and the healthcare workers who are sacrificing a lot to combat in the frontlines. She added,

Along with that we had to come up with creative ways to allow our show to still be fun and romantic and provide some escapism. Enter Patrick Dempsey.

Talking about the beach season, she revealed it was a way to focus on something other than the pandemic. In her official statement, he thanked all the healthcare workers and hoped to inspire the people to wear masks and stay safe.

You can watch the official trailer of Grey’s Anatomy Season 17 below.

We expect the season to feature at least 20-23 episodes. 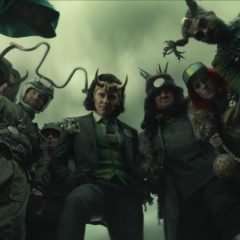