Boruto Chapter 51 is apparently only a few hours away, and thanks to the raw scans, we know exactly what is about to happen. Boruto Chapter 50 came out in September, and it has been over a month that we have heard anything from it. The manga is going strong, and the current arc has kept our heroes on their toes. Isshiki is proving to be a formidable opponent, and both Naruto and Sasuke are trying to figure out a way to deal with him.

According to the recent leaks and raw scans of chapter 51, it seems Boruto, as usual, will play an essential role in aiding the duo. With all being said, let us have a look at the events that will take place in Boruto Chapter 51.

According to the latest Boruto Chapter 51 leaks, Isshiki’s connection with Boruto will be addressed and a big reveal is about to take place, which has a link to both Boruto and Isshiki. Boruto manga 51 will delve more into the battle between the duo of Naruto and Sasuke against the mighty Isshiki. Meanwhile, Boruto will start to act to give them an edge over the baddie.

The preview of Boruto Manga Chapter 51 has been released, and thanks to OrganicDinosaur, we have the information at our disposal.

The preview for Chapter 51 reads, “They’re burdened with the fate of Konoha!! On an extreme battlefield, what is the ‘key’ that Boruto has discovered!?”

It indicates that the state of the battle is about to change as Boruto might have discovered a vital secret that will shift the momentum to their side.

Another Twitter user with the name of Abdul Zoldyck shared the summary of the imminent chapter. However, Nitebaron provided the translation for Boruto Chapter 51’s summary.

Here is a more comprehensive and accurate summary of Chapter 51 & Preview for Chapter 52!

Massive thank you to @Nite_Baron for helping compile the information! pic.twitter.com/NudhtQK9wy

The title of Boruto Ch. 51 is ‘Sacrifice.’ According to the summary, we will get to know the reason behind Isshiki’s inability to kill Boruto, as the later declares it. On the other hand, Amado informs Shikamaru that they need to make a sacrifice to grow the God tree. They will eventually have to offer an Otsutsuki to the Ten tails to harvest the chakra fruit.

The scene shifts to the battle area, and Isshiki seems to be infuriated at Boruto. Sasuke tries to make Isshiki spills the beans on his motive behind taking Kawaki on his side, but only to end up with nothing. Boruto threatens the baddie about killing himself to spoil Isshiki’s plans, but Sasuke tells him to vacate the area immediately.

We also have the information that Chapter 51 will feature Naturo’s new transformation. This might be what they are looking for; otherwise, we don’t see how the trio will upset Isshiki. According to the scans, Naruto’s new form looks amazing, and it will shock Sasuke.

It’s as if he merged with Kyubi, and the resulting power will be overwhelming. However, this does come with a price, as Kuruma mentioned a sacrifice that Naruto would have to make.

We will come to know about the exact sacrifice in the imminent chapter; however, rumors suggest that Naruto might look a considerable amount of chakra as a part of his sacrifice.

According to VIZ Media, Boruto: Naruto Next Generations Manga Chapter 51 will arrive on 20th October (Tuesday) 2020. 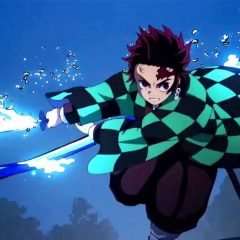